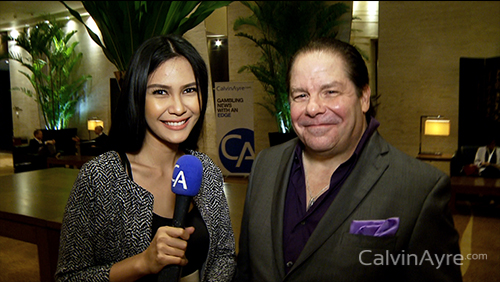 Angelia Ong talks to John English, President of Webe Gaming, and he talks about their new technology in mobile and the best way to generate traffic for the Asian facing mobile gaming offering.

WEBE Gaming is betting on augmented reality and artificial intelligence as the next generation of mobile gambling technology.

“We’re gonna experiment a lot with augmented reality, artificial intelligence,” John English, president of WEBE Gaming, told CalvinAyre.com in an interview. “The word we’re now using (is) accelerometer and things that are in the phones and in the devices themselves.”

English said the goal is to be able to get real-time information right to the gambler, even if it means putting sensors on horses or on athletes.

“Imagine being able to get a horse’s heartbeat as it’s going around the turns,” English said.

Augmented reality, a live view of a physical, real-world environment enhanced by computer-generated sensory inputs to skew one’s perception of reality, has been making waves in the gaming industry. In 2013, William Hill teamed up with Infinity Augmented Reality to improve their technology across all devices. Infinity boldly claimed back then that they are the first AR business to have created software that can connect universally with devices such as Google Glass, smart TVs and even connected cars.

What makes augmented reality interesting, according to Martin Kruse of the Copenhagen Institute for Future Studies, is that it merges the offline and the online world. “It creates a kind of environment which where what we know from the computer or from the gaming industry and something moves in the real world,” Kruse said.

John English: We want Asian operators in the US
Video
29 May 2019

Shared Experience – What is the true measure of success on your career?
Video
19 January 2017

Shared Experience – What advice did you receive that still apply to your career?
Video
6 January 2017
.