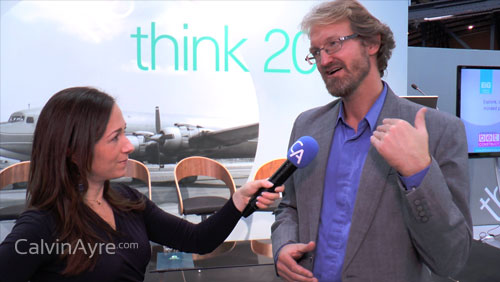 Rebecca Liggero talks to Futurist Martin Kruse of Copenhagen Institute for Future Studies about Big Data and Augmented Reality for the future of gaming industry.

According to Martin Kruse, a lot of big data is just lying out there and not being used for anything, just piling up and companies aren’t getting any value from it.

Kruse also said that sorting this data to create value for the customers is the next big thing, however, the industry is still in the pre-hype cycle.

“Every technology is hyped at the beginning and it takes 10-15 years, depending on the technology, where it gets mature and suddenly noone talks about it anymore because it’s everyday news.

During Think 2024, Mor Weizer of Playtech also said that once the infrastructure is in place for a seamless journey for the customer, Big Data can be analyzed and enjoyed. “The industry five years from now will all focus on analytics” Weizer said. “Everything will be personalized in the future.”

Kruse also talks about augmented reality, a live direct or indirect view of a physical, real-world environment whose elements are augmented (or supplemented) by computer-generated sensory input such as sound, video, graphics or GPS data.

“Augmented reality is really interesting because it creates this kind of merger between the offline and the online.It creates a kind of environment which where what we know from the computer or from the gaming industry and something moves in the real world,” said Kruse.

Watch the video to hear more from Martin Kruse.