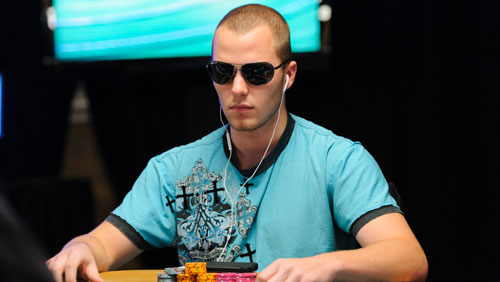 Sean Winter overcame a table full of titans to walk away with the $562,772 first prize in the $10,400 Bellagio Cup XI at The Bellagio in Las Vegas yesterday.

Whilst the whole world was watching Daniel Negreanu trying to reach the World Series of Poker (WSOP) Main Event final table, 301 players were concentrating their efforts on one of the biggest prize pools of the year.

The event raked in $2.9m in prize money, and over $700k of that was reserved for first place. Winter picked up $200k less because the final four players cut a deal after Winter had eliminated Fabrizio Gonzalez in fifth place.

It was the biggest score of Winter’s career, doubling his previous best of $270,000 earned when he finished runner-up to Chris Bolek in a $3,500 buy-in event in the Seminole Hard Rock and Casino in Florida last year.

The cream once again rose to the top as three WSOP bracelet winners (Dominik Nitsche, Byron Kaverman and Nicholas Petrangelo), and a member of the World Poker Tour (WPT) Champions Club (Bobby Oboodi), all made the final table.

Kaverman has now earned over $1.2m in the past few weeks; Nitsche has earned over $700k in the same timeframe, and Petrangelo over $500k. It’s little wonder a deal was struck when four-handed. Only variance was going to separate the wheat from the chaff in this one.