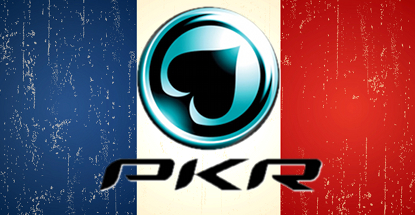 Three-dimensional online poker operator PKR has appointed a new CEO and announced the closure of its French market site.

In other PKR news, the company has decided to shutter its French-facing online poker site. An email sent to PKR affiliates claims the “particularly difficult” French market is “no longer viable for PKR.” The company exited the Italian market last October, citing similarly difficult market conditions.

The company says it made the “difficult decision” to close its French-facing site “to refocus our efforts on the rapid growth of www.pkr.com for the rest of 2015 and beyond.” PKR.fr will cease accepting new players as of June 22 before the site closes for good on July 22. The closure follows similar moves in the past three weeks by MyJoaPok and ACFPoker.

The French online poker market has proven to be a dead zone for all but a handful of operators, fighting for the scraps left by the likes of PokerStars and Winamax. The country’s online gambling trade group, the Association Française de Jeu en Ligne (AFJEL) recently issued a call for a sweeping market overhaul, with a plea for a reduction in France’s punitive online tax rate at the top of their list.

Earlier this year, the French government publicly mused about reviving shelved plans to share online poker liquidity with other European regulated markets like Italy and Spain, and while other countries have made similar noises, these proposals have yet to exhibit any tangible signs of progressing toward implementation.