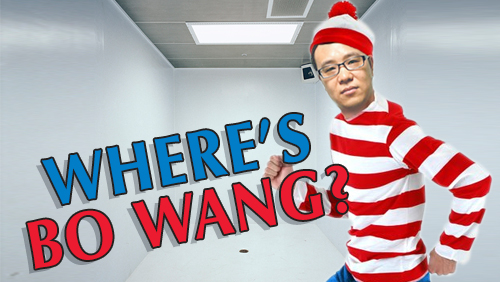 Wang’s lawyer, Dennis Manalo, questioned his client’s safety on Friday, saying that Wang was being isolated and denied access to counsel and visitors.

Manalo said his client may have been subjected to torture after he was isolated by authorities in Camp Bagong Diwa in Taguig since Tuesday.

“With the current violation of his right to counsel, we fear for the safety of our client. I do not know what is happening to him anymore or what will happen to him. I have not seen him and authorities at Camp Bagong Diwa, where I last saw him and where he is being held, refuse to show him to us,” Manalo said in an interview with radio station dzRH.

Manalo is demanding the authorities show his client Wang so he can testify before the House panel but he added that if Wang has been subject to torture, anything that he admitted would inadmissible in court.

“I was told that Mr. Bo Wang has been isolated. He was separated from other detainees. We have an anti-torture law. If a detainee was transferred and authorities made him feel he was about to be killed, that is torture,” said Manalo. “If he was deprived of seeing his family, that is torture, and if he was barred from seeing his lawyer, that is a violation of his human rights.”

De Lima said that Manalo can request for access to his client since she can grant permission.

The summary deportation order for Wang, has been reinstated by De Lima after the Chinese Embassy provided “sufficient proof” to establish that Wang is a fugitive from China.

Wang has been summoned to the House Committee on Good Government and Accountability on Tuesday to give a testimony regarding a bribery controversy involving the BID commissioners and the Liberal Party.