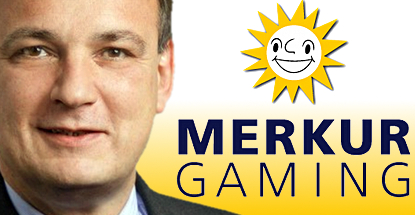 On Thursday, Merkur Gaming’s parent company Gauselmann Group announced that Halle had died “suddenly and unexpectedly” on Wednesday in a Florida hospital. Unconfirmed reports said the 58-year-old Halle took ill with a chest infection before being admitted to hospital on Wednesday. Halle is survived by his wife Marietta and his son Jordi, who attends university in the United States.

Halle was a longtime industry veteran, having held positions with Bally Technologies before moving to Austria’s Novomatic Group, where he stayed for 15 years, eventually rising to CEO of Novomatic’s American sales division. This January, Halle was appointed CEO of Merkur, the Gauselmann Group’s international sales subsidiary. Halle had been focused on expanding Gauselmann’s presence in the Latin American gaming industry.

The Gauselmann Group released a statement expressing its “great sadness” at Halle’s untimely death and extended their “deepest sympathy” to Halle’s family. Gauselmann CEO Paul Gauselmann said Halle has distinguished himself not only by his commitment to excellence, “but also through this endearing and oopen manner in dealing with customers and colleagues. We will honor his memory.”