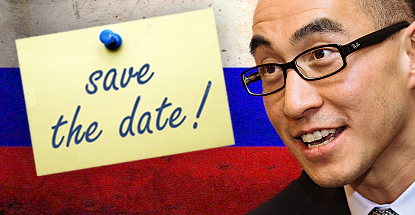 Lawrence Ho’s oft-delayed casino in Russia’s Primorye region has been given a new August opening date.

In a filing with the Hong Kong Stock Exchange on Monday, the Ho-controlled Summit Ascent Holdings Ltd. said its First Gambling Company of the East (FGCE) subsidiary would complete physical construction of the Russian project’s first phase by June 30. A six- to eight-week government inspection process will then commence and doors will open to the public no later than August 28.

FGCE says all key management positions relating to casino, hotel and food and beverage outlets have been filled and nearly 200 dealers are currently undergoing casino boot camp. FGCE anticipates having around 700 staff working when phase one opens, rising to 1,100 when the venue is “fully ramped up.”

Ho’s project has faced numerous setbacks along the way, including delays in receiving permission to import certain “decorative materials” and the failure of “a few local subcontractors” to observe agreed upon deadlines. Plus, you know, Russia.

FGCE will be the first casino project to open in the Primorye Integrated Entertainment Zone, which is situated near Vladivostok on the country’s eastern coast. Cambodian casino operator NagaCorp hopes to break ground this year on its $369m Primorsky Entertainment Resort City (PERC) project, which is scheduled to open sometime in 2018.