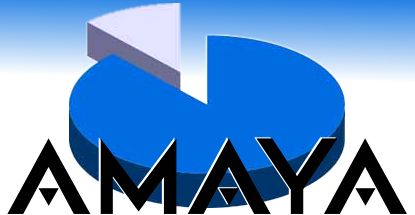 Canadian online gambling operator Amaya Gaming says it expects its new sportsbook and casino verticals to account for 13% of its total revenue in 2015.

Revenue from Amaya’s continuing operations in the three months ending March 31 hit C$340.1m, all but C$3.1m from its B2C operations, which consist of online gambling brands PokerStars and Full Tilt. Net earnings from continuing operations came to C$22.7m. Year-on-year comparisons are mostly meaningless, as Q1 2014 predated Amaya’s blockbuster $4.9b acquisition of the Rational Group, the former owner of Stars and Tilt.

Back in Q1 2014, Amaya had also yet to implement its plan of shedding all its B2B units, from which it used to earn the majority of its bones. These discontinued operations reported revenue of C$30m and a net loss of C$9.7m. Amaya expects to “significantly” reduce its debt load via the proceeds from the sale of its Cadillac Jack and Chartwell/Cryptologic B2B businesses, deals for which were signed this year.

Amaya’s updated full year guidance projects B2C revenue of between C$1.44b and C$1.56b, 13% of which is expected to come via its new casino and sportsbook verticals. The overwhelming majority (94%) of Q1 revenue came via poker but Amaya says its non-poker run rate increased 75% in the last six weeks of Q1 and the current rate is 75% greater than that six-week period.

Current casino cross-sell on PokerStars.com is “over 20%” while the rate is 33% on Full Tilt, which began its diversification earlier and thus currently offers a more extensive range of casino options. PokerStars expects to rollout the full version of its casino vertical by the end of Q3, a process that is currently “not even close” to the halfway point. Baazov believes Stars’ cross-sell rate will eventually top 30%.

Stars expects to roll out its sportsbook vertical across the .com network by the end of Q2, with launches in the segregated markets of Spain and Italy by the end of Q3.

STARS CUSTOMERS FALL 2.6% ON PURCHASING POWER IMPACT
Q1 brought a 2.6% decline in Stars’ real money unique active players, which Baazov blamed on wild swings in currency exchange rates versus the US dollar, which drove down European players’ purchasing power by 18%. On a constant currency basis and absent the effect of new levies like the UK’s online 15% point of consumption tax, Q1 poker revenue grew 8% while Stars’ customer deposits rose 9%. PokerStars’ new Spin & Go variant was credited with helping a 5% increase in reactivation of inactive players.

Amaya says the new European value added tax (VAT) on online services cost it C$9m during Q1, and the company expects the total VAT outlay in 2015 will top C$45m.

Of the “legal gaming jurisdictions” in which Amaya does business, European markets accounted for nearly 84% of Q1 revenue, with 9% coming from the Americas and 7% from the rest of the world. However, Amaya CFO Daniel Sebag said European Union markets’ share of the overall pie was “greater than 60%,” exposing the significance of the European grey/black markets in which Amaya operates, such as Russia.

BAAZOV CAGEY ON US REGULATORY, DAILY FANTASY SPORTS DEVELOPMENTS
On the US regulatory front, Baazov had no updates regarding Stars’ application for a New Jersey online gambling license, which Amaya previously said it expects to receive by the end of Q3. Baazov said Amaya was “very pleased with what we see” regarding California’s push to regulate online poker, but had little to offer in the way of concrete details.

Baazov also had little to offer on its daily fantasy sports plans, saying only that the goal remained to launch by the start of the NFL season, although Baazov cautioned that it could come later in the year. Baazov dodged analysts’ questions on whether Amaya planned to launch an in-house product or acquire an existing DFS operator, saying only that Amaya hoped to “change the mold somewhat “ in terms of what was currently available to consumers.

Baazov said Amaya’s proposed secondary listing on the NASDAQ market would occur “ahead of schedule, definitely before” the targeted October timeline.

This week, Amaya announced that Full Tilt had officially launched in Denmark under the company’s new license from the Danish Gambling Authority. This marks the fourth license Full Tilt has earned since its 2012 relaunch under the Rational Group banner. PokerStars has operated under its own Danish license since 2012. Danish poker players have access to Full Tilt’s global liquidity.