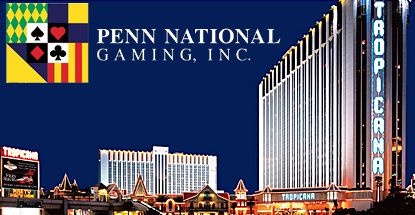 The Trop’s current owners, who include investor Alex Yemenidjian and Toronto-based private equity firm Onex Corp, have agreed to sell the perpetually money-losing property to PNG for $360m. PNG says it will fund the acquisition through an expansion of its existing credit facilities and cash on hand. The parties expect to close the deal by the end of the year.

Onex paid $250m to acquire the Trop in 2009 and invested another $200m in upgrades over the past four years. PNG says it plans to immediately plow another $20m into renovations and is considering other potential upgrades, including expansion of the Trop’s retail and restaurant offering plus the addition of new hotel rooms.

PNG CEO Timothy Wilmott said the company had been eyeing a number of potential Vegas deals before it pulled the trigger on the Trop. Wilmott called the deal “a prudent transaction to own and operate a premier Strip asset at an attractive price of entry” and fulfilled “an important long-term strategic objective for the company.”

Wilmott said PNG plans to utilize its nearly 3m-strong customer database to drive traffic to the Trop. The company also plans to integrate its systems with the Trop’s to include the new property in PNG’s nationwide player loyalty program, Marquee Rewards.

PNG operates 26 gaming facilities spread across 16 US states and one Canadian province. Among these properties is the M Resort on Las Vegas Blvd. in Henderson, Nevada but the Tropicana acquisition will give PNG its first presence on the Las Vegas Strip.

The Trop, which opened in 1957, went bankrupt in 2008. Business has improved since its new owners undertook renovations in 2011, but the property still lost $19m in 2014 on revenue of $110m. The property currently boasts nearly 1,500 hotel rooms, a 50k-square-foot casino, a sportsbook, three restaurants, a 1,200-seat theater, a Laugh Factory comedy club, 100k-square-feet of exhibition and meeting space and a five-acre ‘tropical beach event area.’

The Trop also enjoys a place in cinematic history as the casino at which Moe Greene’s scenes in The Godfather were filmed.