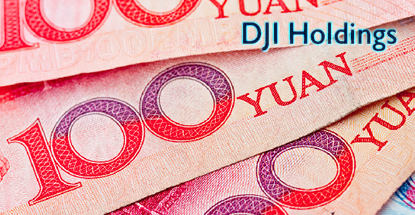 Lottery sales in China took a tumble in March, the first month since the government suspended online lottery sales.

Lottery sales had been on a tear in 2015, with double-digit increases in both January and February. Then China announced it was instituting a ‘temporary’ suspension of online sales, which followed an audit of provincial lottery administration centers.

The online suspension was sparked by reports that some operators weren’t registering all online sales, thereby depriving the state of revenue. The recent joint statement by eight government ministries strongly suggested the suspension wouldn’t be lifted anytime soon.

The shutdown has caused no shortage of problems for lottery firms, including NASDAQ-listed 500.com and UK-listed DJI Holdings. The latter firm is a licensed promoter and distributor of lottery products to third party retailers and direct to consumers.

DJI issued a trading update last week covering its 2014 results, saying certain third-party partners had advised DJI that they would be “unable to complete our fee and bonus arrangements” until the online suspension is lifted. Due to the “absence of certainty regarding the outcome of current payment negotiations,” DJI says it has decided to account for this revenue “as and when the current payment negotiations are completed.”

Final figures for 2014 won’t be released until mid-May, but DJI said preliminary numbers showed gross sales of £642m, revenue of £13.6m and gross margin of £7.2m, all significantly higher than the previous year. DJI said annual earnings would increase by between £5m and £5.5m. However, due to those delayed fee and bonus payments, plus higher than anticipated commission fees in Q4, DJI expects to report an earnings loss in 2014.