Home / Press Releases / SiGMA to be held again this November 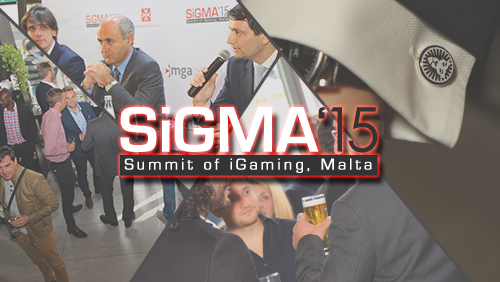 With such a busy events calendar, igaming entrepreneurs often have to choose which shows to attend or miss. In a recent press conference and networking drinks session held at InterContinental Arena, the organisers outlined why SiGMA and Malta are worthy choices in an otherwise busy calendar.

In the words of Eman Pulis, “To start off, it’s essential to understand that the gaps between the three pillars in the gaming industry – suppliers, operators and affiliates – are constantly shrinking. Today’s super affiliate, for instance, is fast becoming an operator, thanks to lower barriers to entry. Such trend calls for a show that brings those three pillars under one roof. SiGMA is the only 360° show in Malta that brings the entire industry, from C-Level Executives to Super Affiliates, under one roof.”

The Malta Government Parliamentary Secretary for Competitiveness, Jose Herrera said that he is truly honoured to launch the second edition of the iGaming Summit being held at St. Julian’s, a hub for iGaming companies and an undisputed cradle of remote gaming companies in Europe.

Hon. Jose Herrera commented about the solid reputation Malta enjoys, referring to the latter as the tiny state with a big entrepreneurial spirit. Malta is home to 300 gaming companies, some 500 licenses and a 9,000 strong workforce, making it easier for both locals and foreigners to meet, greet and do business. The Government is also committed to sustain the various entities and operators in the maritime sector to prosper and expand their business and employ more people.

In his address, Heathcliff Farrugia, chief operations officer of the Malta Gaming Authority (MGA), reiterated the Authority’s trust and support towards such initiative that will showcase Malta as an igaming hub to the rest of the world. In his own words, “the MGA believes that similar events are important for the industry and if well planned, they can improve or sustain Malta’s reputation”. He went on to elaborate that that such expos provide excellent networking opportunities.

Malta’s ambassador to Finland, Michael Zammit Tabona emphasised on the need to have networking platforms such as SiGMA where one can promote Malta as an entrepreneurial destination with an unrivalled quality of life, not only throughout Europe, but to the rest of the remote gaming community worldwide. One of the main supporters of the event, CEO Ory Weihs, whose company XLMedia has recently been public listed, had these words to say; “With Malta being an important and well regulated iGaming jurisdiction in Europe, a conference like SiGMA was an absolute necessity. I look forward to participate and share a speech at this event”. Similarly, LeoVegas CEO Johan Styren, elaborated; “As a fast growing gaming venture licensed in Malta we are happy to see a dedicated gaming conference established down here. We are looking forward to participating and exhibiting at SiGMA”.

Following feedback from last year’s show, SiGMA15 will feature four conferences where industry experts can network more closely. Conference one will provide a world regulatory briefing; conference two will focus on payments and financial technology, including crypto-currencies; conference three is dedicated to affiliates and SEO trends, and finally; conference four will discuss gamification in detail.

A free admission policy for affiliates and a low entry fee for all other participants is indicative of a solid turnout. The organisers are anticipating 3,000 quality delegates, thanks also to extensive worldwide coverage by the likes of media giants GPWA, CalvinAyre, Asia Gaming Brief and others.

SiGMA can guarantee both quality and quantity with one Expo, four Conferences, 40 Affiliate Programs, 60 speakers, 100 Exhibitors  and 3,000 participants. The show is unlike any other, with a different format, different organisers and a different crowd, implying that different deals are made. Put succinctly, delegates will not run into the same faces again.

SiGMA15 is taking place between the 4th and 7th November at the InterContinental Arena, St. Julian’s. Further details, registration, as well as exhibition and sponsorship opportunities are available online at www.maltaigamingsummit.com.