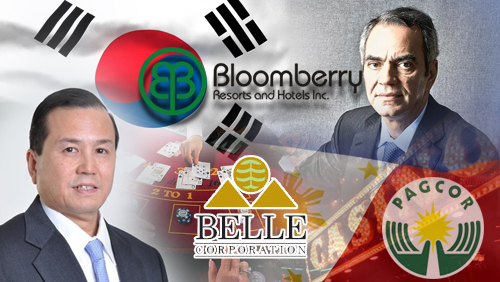 Developer Belle Corp. has expressed interest in bidding for new casino licenses once the Philippine Amusement and Gaming Corporation (PAGCOR) decides to further expand the market.

Belle CFO Manuel Gana made the disclosure to ABS-CBN News, saying that the real estate arm of parent company SM Group would be aggressive in pursuing new licenses if the opportunity presents itself.

“We’re interested in bidding for any casinos outside Metro Manila, but Pagcor hasn’t made that decision yet,” Gana added.

PAGCOR is on record saying that no licenses will be offered until all four projects in Entertainment City are completed. Two more projects—Tiger Resorts’ Manila Bay Resorts and Travellers International’s Resorts World Bayshore—are still under development with completion tentatively set for 2018.

Belle Corp. also plans to use a 9,000-square-meter property close to City of Dreams Manila for a potential real estate project or “some gaming content with Pagcor’s permission.”

Meanwhile, Bloomberry Resorts Chairman Enrique Razon Jr. confirmed that the company is in talks with a potential local partner for its $1 billion integrated resort and casino project in South Korea.

Razon’s disclosure to Reuters comes a month after Bloomberry signed deals to purchase a 92% stake in Golden & Luxury Co. Ltd, a Korean firm that operates the T.H.E. Hotel & Vegas Casino on South Korea’s Jeju island, and a the 21-hectare Silmi island that’s part of the Incheon Free Economic Zone (IFEZ). Razon didn’t say whether these current talks are tied into its purchases last March.