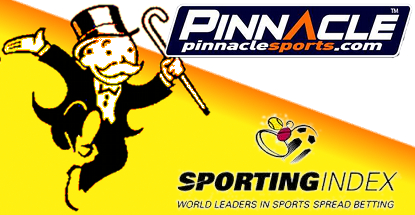 The man behind sports betting risk management outfit Touchbet Ltd. has been revealed as the new owner of online bookmaker Pinnacle Sports.

In February, longtime online fixture Pinnacle announced it had completed the sale of a controlling interest in the company the previous August. The company subsequently announced a new focus on obtaining licenses and doing business in regulated markets but the identity of the company’s new overlord(s) has remained a tightly guarded secret.

Until Wednesday, that is, when eGamingReview reported that Pinnacle’s new boss is none other than Magnus Hedman, founder of Malta-based B2B risk management and sports betting odds supplier Touchbet.

Pinnacle CEO Paris Smith said she was “proud” to confirm Hedman’s acquisition although she said the company had felt no urgency in revealing Hedman’s identity. Smith said Pinnacle’s “culture has always been to remain low-key and let our unrivalled product speak for itself.”

However, now that the Swede’s out of the bag, Smith credited Hedman with helping Pinnacle secure its new Malta Gaming Authority license. Smith said Hedman brought “unrivalled industry expertise and experience to help drive an ambitious strategy for Pinnacle Sports.”

Hedman is believed to have recently beaten out Betgenius and GVC Holdings in the race to acquire spread betting specialists Sporting Index from private equity group HgCapital. Late last month, media reports said HgCapital had sold Sporting Index to an unnamed private investor for around £40m, about half what HgCapital paid for the company back in 2005. Last week, Sky News identified Hedman as the buyer. There’s been no official confirmation of this deal, which would require the approval of the Financial Conduct Authority.

When rumors of the Sporting Index sale first spread, scuttlebutt had it that the buyer was the same individual who’d taken a controlling interest in Pinnacle. eGR suggested Hedman’s dual acquisitions would have cost him around £200m, which would put the cost of his Pinnacle stake at around £160m.