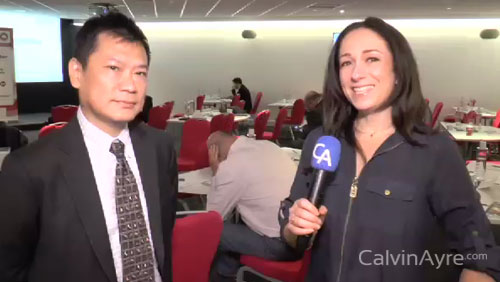 Rebecca Liggero talks to Lau Kok Keng of Rajah And Tann, discussing opportunities and other markets outside UK namely Asia.

Lau Kok Keng is a seasoned lawyer in Singapore with a number of specialties including gaming in Asia.

Lau explained how companies/operators operators outside of China or that are not state-run get so much business and bring in a lot of revenue from Chinese gamblers.

“First of all, there are only two licensed online lottery operators in China. So all those who offer gambling services online to Chinese residence would be operating illegally. I think there are some UK-based operators who were officially prohibited from accessing China but nonetheless their affiliate accessible by residence of China, either through their sites or very intricate system of searches done on Chinese search engines.  There are even blocked sites in China that provide full details on how people can access these websites and circumvent the blocks that have been introduced.

“So it’s not unusual or surprising to find that Chinese residence still do access websites other than the ones put up by the authorized state operators,” said Lau.

Lau also explained that during the World Cup, a huge number of bets were taken with the two state operators and there were a whole bunch of unlicensed operators who were engaged in “unofficial” partnerships with these state operators. It’s likely the government knew about it, seeing as these partnerships were widely reported.

Lau’s speculation is since state operators raked in so much money and there were no complaints from consumers (and it’s likely a portion of the revenue went to the government), the government did nothing about it.

Watch the video to hear more from Lau Kok Keng

As the UK continues to come back online, casinos left in the dark
Erik Gibbs
24 June 2020
.