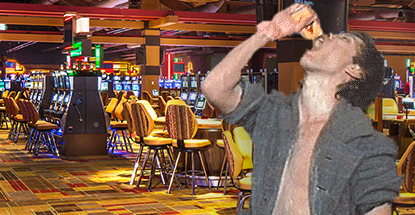 Among these suggestions are regulatory streamlining to “eliminate redundancy” currently spread across the Pennsylvania Gaming Control Board, Revenue Department, State Police and the Attorney General. They would also like the ability to immediately install new slot machines and electronic table games if the technology has been approved in another casino state, rather than waiting for Pennsylvania regulators to approve each device. Tax credits for casino expansion would be appreciated, as would making it more difficult for bars and other non-casino establishments to install gambling machines.

Casinos also don’t want to see any further smoking restrictions but they do want legislators to pass a 24-hour casino alcohol service law, or, failing that, extending current drinking hours. Casinos also want the ability to give any casino visitor free drinks if they perceive a customer is looking a little too steady on their feet. If it helps, these can be bundled under the Withnail Is Thirsty Act 2015.