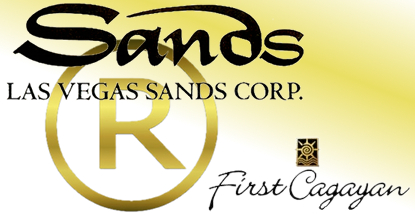 The Jacobs v. Sands legal fight has been going on since 2010 and has expanded to include numerous defamation suits related to the two parties’ public sniping. On Tuesday, US District Judge Elizabeth Gonzalez heard arguments from both sides as to what punishment Sands should receive for redacting personal information from around 7,900 documents related to the case.

Sands had originally claimed the documents sought by Jacobs couldn’t be removed from Macau due to the special administrative region’s Personal Data Protection Act. Sands was later found to have already exported the same data to its attorneys in Las Vegas, a revelation that prompted Gonzalez to fine Sands $25k. Sands was also ordered to turn over the documents to Jacobs’ attorneys, which is when the redactions came to light.

On Tuesday, Sands attorneys argued that they had no choice but to redact the personal info lest they upset Macau authorities. Jacobs’ attorney Todd Bice noted that the redaction process had cost Sands China around $2.4m, which he claimed demonstrated the futility of assessing purely monetary sanctions. Given Las Vegas Sands’ resources, Bice said the company’s intention was to “spend us all into the grave.” Gonzalez said she would issue a ruling early next week.

MORE ASIAN INFRINGERS TOLD TO PAY UP
Meanwhile, Sands has won another intellectual property infringement judgment against Asian online gambling sites, although collecting on that judgment will be a more difficult endeavor.

In March 2014, Sands sued First Cagayan Leisure & Resort Corporation, Wann Yichen, Qing Wan Leng and the unknown registrants of 54 online gambling websites, most of which boasted generic numbered domains linked by a directory site. Sands accused the sites of making liberal and unauthorized use of the Sands name, logo and other intellectual property.

Courthouse News Services reported that on Feb. 27, US District Judge James Mahan ordered the defendants to pay Sands $2m for unauthorized use of its trademarks, plus a further $150k for violating copyright. In January, Sands was awarded a separate $2m default judgment against the unknown operators of 35 different numbered gambling domains that made similarly liberal use of Sands’ trademarks.

While Sands may be successful in shutting down these online domains, finding the operators is proving tougher. As detailed in court documents, one domain registrant listed his name as “zhang junliang” who lives on street “fdshfdvfdsgrew” in the city of “ittrgregrth” in India. Sands attorneys note that “clearly, this information is false.”

However, the same can’t be said for First Cagayan, which operates out in the open as the official online gambling licensing body in the Philippines, via which most Asian-facing operators are licensed. Precisely how much of that $2.15m judgment is First Cagayan’s liability is unclear, nor what remedies Sands will take if First Cagayan ignores the judgment.