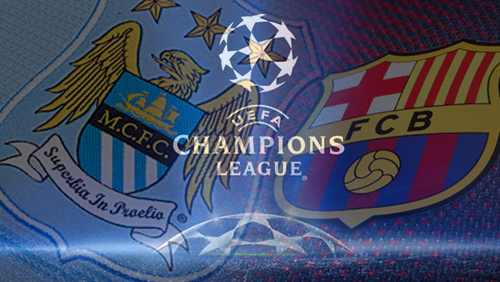 You know how everybody attaches the suffix “Gate” on any scandal – perceived or otherwise – that affects the sports world these days. We just saw it in the NFL with “DeflateGate”, not to mention past scandals that have given rise to terms such as “SpyGate” and “BountyGate”.

Well, now you can add another one to that list, albeit one involving the other kind of football.

See, FC Barcelona is currently in England to take on Manchester City in the first leg of their Round of 16 showdown. But ahead of that highly anticipated match, the only thing people are talking about is “CasinoGate.”

Just before the team flew to Manchester, team superstar Lionel Messi and Gerard Pique were spotted at the Casino de Barcelona. Normally, news like this will only draw the casual glance from sports fans, but the fact that Messi and Pique, together with ex Barca teammate and current Chelsea midfielder Cesc Fabregas, were seen inside a casino hours before the team was supposed to fly to Manchester has caused a massive uproar in Barcelona.

It’s come to the point wherein Barca manager Luis Enrique was showered with questions about the “timing” of his player’s casino excursion in Barcelona. Naturally, the interrogation only annoyed the already under-fire manager. “I focus on football,” he told reporters, non-plussed about the brewing controversy that could explode should Barcelona lose to City in the first leg of their Champions League showdown.

If the casino trip was Messi and Pique’s way of unwinding after a catastrophic loss at the hands of Malaga over the weekend, then this shouldn’t be an issue, at least not from a concentration point-of-view. Who knows, Messi and Pique may have had some time on their hands before their flight to Manchester so they went out with the visiting Fabregas to have some fun. That’s what Pique seemed to convey to the media, who questioned him about the topic. “It’s my private life. A friend came over from London and we had a good time.”

To their credit, Messi and Pique didn’t miss the flight to Manchester and are currently in full preparation ahead of their match against City tonight. Despite being the road team, the Catalans are favored against the defending English Premier League champions, with full time odds at 11/10 compared to City at 11/4. Meanwhile, a draw has been priced at 5/2 odds.

Prop bets for the match are also being offered with some enticing options available. A Lionel Messi goal at any point in the match has even odds while the same prop for teammates Neymar and Luis Suarez are priced at 5/4 and 7/5 odds, respectively.

On City’s end, Messi’s national team teammate Sergio Aguero has been priced at 7/5 odds, followed by the newly acquired Wilfried Bony and Edin Dzeko, both of whom are at 9/4 odds.

Oh, and in case you were wondering, a Pique goal at any point of the match is at 9/1 odds.