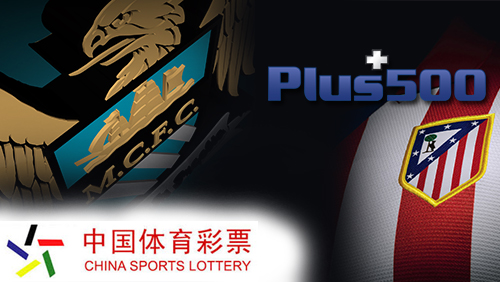 The English Premier League champions and the Spanish Liga BBVA champions have announced separate sponsorship deals with two established businesses to help expand their reach to a global audience.

First up is Manchester City, which has announced a new deal with Chinese lottery provider DJI Holdings.

Terms of this deal were not disclosed but the tie-up can be attributed to DJI leveraging its new partnership with Manchester City to offer its Chinese clientele exclusive offers to various city-related events, including flights to see the team play and private club gatherings. In addition, DJI customers will also receive the benefit of gaining access to exclusive news and information pertaining to the English football club.

“DJI (Holdings) is a pioneer in providing exclusive and unique content and games for its players in China,” Manchester City Chief Business Officer Tom Glick said in a statement. “As we expand our commercial partners across the globe, we want to work with partners, like DJI, who are established and well-connected in their market, but also looking for innovative ways to activate our partnership.”

Meanwhile, Club Atlético de Madrid, SAD, the reigning and defending Liga BBVA champions, has announced its own partnership deal with Plus500 Ltd., an online service provider of that allows customers to trade on movements in the price of shares, Forex, commodities and indices without needing to buy or sell the underlying instrument. If Plus500 was looking to strike a deal with a team that’s blossomed to become a force in Spanish football, it couldn’t have picked a better squad to do business with than Atletico Madrid.

As part of the deal, Plus500 becomes an official sponsor of Atletico Madrid for the remainder of the season with a chance to extend and expand the relationship in succeeding seasons. A big perk of this partnership for Plus500 will be seeing its logo prominently displayed on the back of the team’s home and away shirts for national matches.

In addition, Plus500 will also receive a handful of branding rights at the Vicente Calderon stadium to go with a host of other sponsorship benefits.

“We are honoured to be partnering with such an esteemed football club as Atlético Madrid, which has established a strong pedigree over its 111 year history,” Plus500 CEO Gal Haber said. “Atlético Madrid is a natural fit for us as Europe is our largest customer base, and we share with them a passion for striving for success whilst having an ethos of transparency and respect for our customers, fans, partners and employees.”