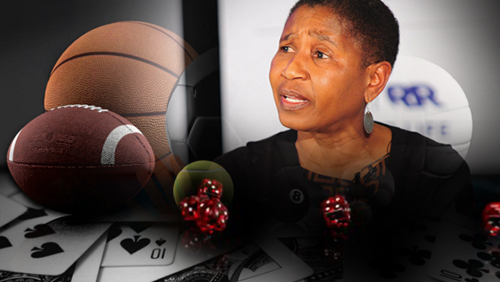 In an interview with ESPN’s “Mike & Mike” earlier this week, Roberts made it clear that while she and the player’s association have no stance on the issue at this time, she believes there should at least be some kind of discussion on how the players and team owners can reap the financial benefits of an industry that’s estimated to be in the billions.

“Everyone has known for years that there is a ton of money being made that’s not being enjoyed, frankly, by the people who are creating the games, both the owners and the players,” Roberts told Mike & Mike. Roberts said that she’s already had some discussions with NBA players on the subject.

It’s an admittedly brave to stance to take, especially since Roberts is representing the affairs of the players themselves and not necessarily the league and the team owners. Given how both players and team owners could stand to benefit from a legalized sports betting environment, it’s incumbent upon Roberts to encourage some kind of discussion on the issue.

“I know all the negatives that up to today have kept gambling outside of the realm of what is appropriate in terms of sports,” Roberts added. “But let’s not ignore the big elephant in the room. There’s a lot of money being made.”

Her stance, or at least a part of it, is similar to what Silver has said numerous times in recent months. Roberts added that she and Silver have yet to sit down and talk about the issue, but with the NBA’s next collective bargaining session on the horizon, it’s safe to say that the topic of legalized sports betting will be broached at one point or another.