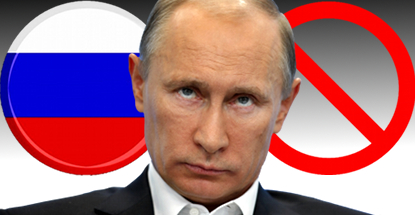 Russia is seeking ever more restrictive ways of preventing its citizens from accessing forbidden internet sites, including online gambling operators. At a Feb. 5 appearance at the Infoforum 2015 national IT security conference in Moscow, a top Russian official declared war on anonymity over the internet, including the use of the Tor network and virtual private networks (VPN).

Leonid Levin, chairman of the Russian State Duma Committee on Information Policy and Communications, told Infoforum attendees that the government should consider methods to block the use of anonymous technology in order to help impede access to “forbidden” information. Among the categories of sites not currently finding favor with Vladimir Putin are online gambling sites, access to which Russian internet service providers were ordered to cut off years ago.

Roskomnadzor, the state agency that regulates internet use, has reportedly agreed to Levin’s request. Roskomnadzor issued a statement calling the challenge “difficult, but solvable,” although few tech observers give them much chance of eradicating Tor, which was developed by the US military before being declassified and turned loose for commercial purposes in 2002. Silk Road, the infamous online bazaar for all sorts of illicit activity, operated via Tor.

Russia’s Safe Internet League, whose members include state telecom outfit Rostelecom and other major mobile providers, issued a statement supporting the ban, saying online anonymity allowed “offenders of all kinds to hide their intentions from the state and use it to commit crimes.”

Russians looking to circumvent their country’s draconian online gambling ban have used VPN to access sites like PokerStars, which remains wildly popular in Russia despite its presence on Russia’s blacklist. While Russia has made strides toward implementing a legal online sports betting market, the prospects for online poker and casino authorization seem as bleak as ever.

In December, Roskomnadzor was given new powers to block restricted sites without a court order. Failure to comply with these new rules could leave violators liable for fines of either RUB 500k (US $7,700) or three-years income derived from Russian citizens, plus the option of a two-year, all-expenses paid trip to the gulag.

All this leaves Canada’s Amaya Gaming – Stars’ new owner – in a pickle. While Stars pulled out of numerous grey- and black-markets following last summer’s Amaya takeover, most of those markets were piddling in terms of contributions to Stars’ overall revenue. Russia, on the other hand, reportedly represents a significant chunk of Stars’ revenue pie.

Amaya may be keen to retain its Russian revenue, but it’s equally eager to obtain online gambling licenses in the US market. And to obtain US regulators’ approval, Stars has to prove it’s not operating in markets against the expressed wish of those markets’ governments or else own up to being the ‘bad actor’ everyone’s accusing it of being. Clearly, these options are incompatible with one another and something will have to give.