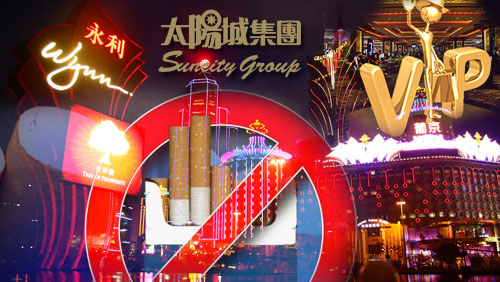 Suncity Group owner and Chairman Alvin Chau Cheok Wa said that the closures of some VIP rooms in Macau was to be “expected” but the mass market could not replace the VIP sector.

Regardless of the VIP business slump, Mr. Chau said that the sector is still important for the whole industry, as revenues generated by the sector account for as much as 70% of total gaming revenue.

“If there are no VIP rooms, [despite] the proportion of the mass market getting bigger, the drop in gaming revenue will remain serious,” Chau said in an interview with local Chinese media outlet Macau Asia Satellite Television.

Chau also predicts that the VIP sector will see revenue drop by a further 15% following the implementation of a full smoking ban. “Even Singapore, with its strict government, let gaming operators build indoor smoking rooms inside the casino when it opened the gaming market, [so that there are] smoking areas and non-smoking areas,” Chau said.

Tang said he was “confident” a tobacco ban covering all workplaces in all Macau casinos would gain acceptance among the public and be approved by Macau’s Legislative Assembly members. Alexis Tam Chon Weng, Macau’s Secretary for Social Affairs and Culture, on January 29 said the government would strive to have an amended bill ready before the end of the first half of 2015.

Meanwhile, local gaming union Macau Gaming Enterprises Staff Association submitted a petition of about 20,000 signatures to the government headquarters on Friday, urging the government to legislate smoke-free casinos this year. Choi Kam Fu, director-general of the association told the reporters that the limits of fines punishing a casino for not posting smoking ban signs is too low and not an effective punishment, suggesting the government include records of violations of the smoking ban as one of the factors in the renewal of gaming licenses.