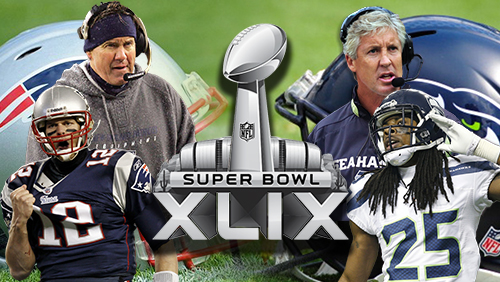 It’s a simple question that’s appropriate given that a certain sporting event is going to be played this weekend.

That was our question in our latest weekly poll because we wanted to know who you think was going to win between the New England Patriots and the Seattle Seahawks in Super Bowl XLIX.

If we had just based our answer depending on what the existing betting action is leading up to the game, then the Patriots would’ve been the runaway answer. But we took a different route, and not surprisingly, the answer turned out to be different. A lot different.

Based on our most recent tally, a whopping 69 percent of our readers think that the Seattle Seahawks are going to beat the New England Patriots. Why isn’t this surprising?

The simple answer is that the spread on the game (Patriots -1) isn’t really indicative of what the actual spread should be. In other words, the heavy action on New England has swung the spread to a degree that getting Seattle with the points, even if it’s just a point, is becoming more and more like the smart play.

This isn’t to say that you should mortgage your house and put everything on the Seahawks. But consider how the spread dramatically shifted from Seattle being favored by -2.5 all the way to being a 1-point underdog even before the AFC title game between the Pats and Indianapolis Colts ended. Oh, and we know what may or may not have happened to a lot of the balls in that game. Just saying.

So take the results of this poll for what it’s worth. It is a little curious that while most of the betting public is backing the Patriots, our readers are on the opposite side. Maybe it’s a nice indication on who you should side with during the game. Would you want the Pats at -1 together with everybody else, or would you go against the grain and side with the Seahawks getting a point when they probably should be the favorites all along?

It’s not that difficult of a predicament, is it?