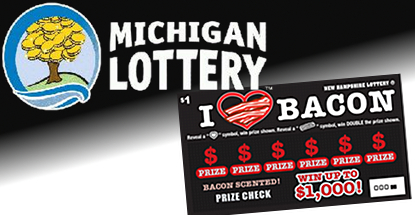 Michigan Lottery officials say their online sales have grown to around $2m per week since the online option debuted in November. Scott Bowen, commissioner of the Michigan Lottery Bureau, told WLNS.com that the sales were “going well” but the sum still represented “less than one percent of our business.”

Bowen also stated that fears that the online lottery would eat into retail ticket sales were unfounded, claiming that retail sales were up 3.5%. A similar phenomenon was witnessed in nearby Minnesota, where the introduction of online scratch tickets coincided with a $363 rise in average weekly revenue at the state’s 3,100 retail points of sale.

Massachusetts may be a top earner, but new state treasurer Deborah Goldberg has asked the legislature to boost the lottery’s $8m marketing budget by an additional $2m to cope with competition from the state’s new casinos. The state has already approved two of its three planned casinos plus Penn National Gaming’s slot parlor that is set to open this June. Goldberg says Business 101 dictates that “the last thing you do when you’re trying to increase revenue is cut advertising. And especially not when new competition is moving into your backyard.”

The New Hampshire Lottery is taking a slightly different approach to boost business. The lottery has introduced a new scratch ticket that releases a ‘bacon-like aroma’ when you scratch off the ink. The I Heart Bacon Scratch, which debuted on Jan. 5, offers a $1k grand prize and lottery trucks toured the state handing out free bacon samples to promote the tickets. Seems to have worked, as the bacon scratchers sold 700k units last week, making it the state’s best-selling $1 ticket.