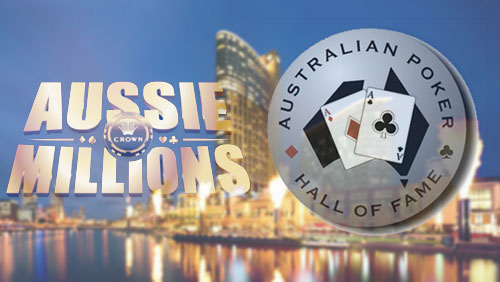 The Australian Poker Hall of Fame has announced their nominations for the 2015 induction ceremony, and the general public get in on the action for the very first time.

The PokerStars Caribbean Adventure (PCA) has ended, and the players with enough money, and

motivation, will now be heading to Australia for the second major tournament of 2015: The Aussie Millions.

The 2015 Aussie Millions will be a hotbed of action, but it’s also the time to honor the players, ambassadors and integral parts of the poker furniture that have made Australian and New Zealand poker what it is today. I am, of course, talking about the Australian Poker Hall of Fame (HOF).

The concept began in 2009-2010. Being the big bang it was decided to pad it out a bit: Joe Hachem, Jeff Lisandro, Billy Argyros, Gary Benson, Lee Nelson, Mel Judah, Tony Guoga, Maurie Pears and Marsha Waggoner the original nine.

The smart money seems to be on Grant Levy. 2014-2015 is the first year that the committee has sought the opinion of the general public, and the initial feedback points to Levy as being the strongest candidate.

There are various ways to have your say, all of which involved PokerAsiaPacific. Head over to the PokerAsiaPacific Facebook Page, Poker Forum or Blog, and let your voice be heard.

The final decision will be made during the 2015 Aussie Millions.