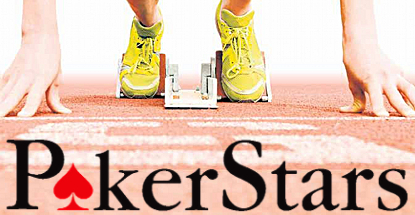 Online poker giant PokerStars says its initial foray into the world of sports betting will make its public debut before the end of March. The news was revealed in a business update issued on Thursday by Star’s parent company, Canada’s Amaya Gaming Group.

In November, Stars announced plans to roll out casino and sports betting products in markets served by its .com site. Amaya now says the sports betting launch will take place in Q1, “ahead of schedule.”

The betting product will launch within the PokerStars 7 poker client “in certain markets” and Stars vows to “gradually” add other markets as well as web and mobile versions throughout 2015. Stars has enlisted former bet365 VIP trading manager Ian Marmion to build Stars’ in-house trading team.

Amaya says it has successfully completed the rollout of casino table games “in eligible markets on PokerStars.com and certain domains sharing liquidity on the global network.” Stars says web and mobile versions of its casino offering are coming later this year, which will be accompanied by an “aggressive” marketing campaign.

Stars’ Spanish-facing site was the first to host its new blackjack and roulette offering in October, but the product was taken offline over the holidays to address local regulations requiring Stars to make hand- and spin-histories available to customers. The casino games are scheduled to be back online within weeks.

Before the product went offline, Amaya says it had managed to capture a “significant double-digit share” of Spain’s regulated online casino market. Stars enjoyed a 30% cross-sell of table games to its active player ranks, a faster cross-sell than Amaya’s ‘B’ gaming site Full Tilt enjoyed, despite Tilt offering a wider variety of casino products, including slots. Spain is still in the process of allowing its licensed operators to offer slots.

Meanwhile, Stars’ French-facing site is testing new ‘surprise’ bonuses that use ‘big data’ to tailor rewards for specific players based on their individual gaming habits. The scheme allows players to swap their regular bonuses for a personalized bonus of unknown treasures. Assuming they choose the mystery option, the specific benefits and requirements will then be spelled out, with players given two weeks in which to clear the necessary benchmarks.