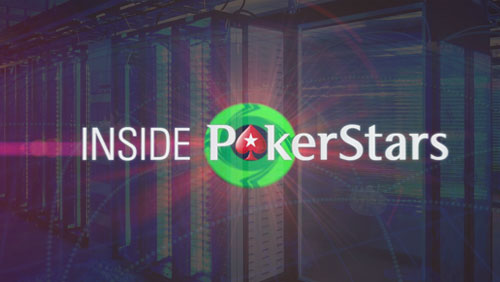 PokerStars continue their Inside PokerStars series by delving into the question of gaming security as they once again head to the data center on the Isle of Man.

If you’ve ever wondered why your connection on PokerStars never seems to be disrupted and yet the rest of the online poker rooms have you reaching down your throat to pull your lungs out in despair, then wonder no more.

Inside PokerStars is back for their fifth installment of the “Look at us U.S. congressmen, we run a safe and secure online poker room” series, and this time they are answering the question: “When I’m playing online PokerStars where do the games take place?”

James Hartigan is once again tapping those fingers like a bad guy from a 1970s James Bond movie. He returns to the Isle of Man H.Q and this time he is talking to the Director of IT Operations: Gary Hill.

Hill takes Hartigan on a tour of The Data Center. A place that seems to be more secure than Air Force One. Hill tells Hartigan that only 3-4 people have access to the servers and you need to go through three different levels of security, including two different levels of biometric testing. I watched Demolition Man the other night and all it took was a fountain pen and an eyeball and Wesley Snipes was in – so I’m not so sure.

The Data Center looks like a place Scotty would hang out on the Starship Enterprise. It does give you the feeling of security, but I guess that’s the whole purpose of the series. Whilst I remain cynical about the series (timing and selection of questions, etc), I still think it’s something that should have been done a long time ago, and by every online poker room.

The most interesting thing to come out of the short video was the knowledge that PokerStars have invested in their own Internet to run independently to the real thing thus separating PokerStars players Internet experience from the rest of the world. Now I know why they operate so smoothly, whilst the rest of the pack seem to be haunted by gremlins.