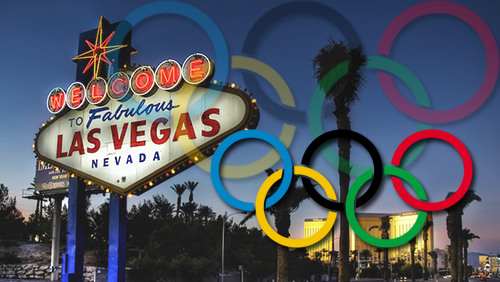 A group of Las Vegas Strip sports books have banded together to lobby the Nevada Gaming Commission to legalize bets on Olympic events in time for the 2016 Summer Games in Rio de Janeiro.

Olympic betting is illegal in Nevada, largely because of its classification as an amateur sport. Vegas books say there’s strong demand for action during the Olympics, especially from foreign visitors. According to the books, the age-old argument of amateur players playing in the Olympics has become irrelevant, especially when you have NBA stars like LeBron James and NHL stars like Sidney Crosby participating in men’s basketball and men’s ice hockey events, respectively.

There’s also that part about putting Nevada at what CG Technology VP of risk management, Jason Simbal, calls a “competitive disadvantage,” referring to online sportsbooks who are free to offer bets on the Olympics.

“We have a lot of people, especially our international visitors, who come here and are surprised they can’t bet on the Olympics,” Simbal told USA Today.

If Olympic betting were legalized, Vegas sportsbooks could begin offering odds on popular sports like basketball, hockey and soccer, which are played by professional athletes from their respective sports, not amateurs.

In addition, betting on sports like swimming, figure skating, and track and field would also become legal, allowing bettors to place bets on the likes of Usain Bolt and Michael Phelps in any Vegas sportsbook.

The books point to the International Olympic Committee’s stance on the issue, even though gaming expert I. Nelson Rose believes that the IOC isn’t exactly promoting Olympic betting as much as it is tolerating it. Nevertheless, the IOC hasn’t been bashful about its attempts to safeguard the Games against corruption, even if it hasn’t expressly outlawed betting on the Olympics, perhaps believing that betting on the Games is another way to get viewers more involved in the events they follow.

Vegas sportsbooks point out that legal Olympic betting in other jurisdictions hasn’t threatened or undermined the integrity of the games. Representatives of these sportsbooks will get their chance to convince the Nevada Gaming Commission to legalize sports betting during a scheduled workshop later this month.