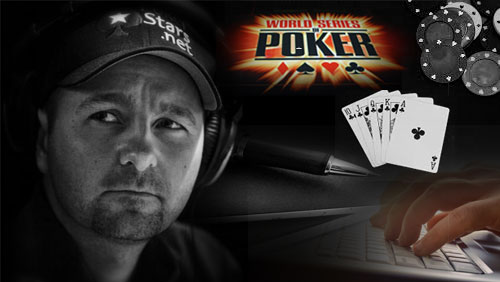 What does Daniel Negreanu do when he’s not playing poker? He’s writing about it. The man with more to say than most, took to his blog at Full Contact Poker no fewer than four times over the festive period, where he created a mini-series called Poker Issues. If you were too busy playing with your new fort to notice the blog posts hitting your e-mail list, then let me fill you in whilst adding some views of my own.

The World Poker Tour (WPT) has received a lot of flack this year for their increased involvement in Multi-Entry Tournaments. Negreanu was recently invited to attend a player forum, organized by the WPT, and he wrote that these types of events were a ‘hot topic’.

I have written about this before. Multi-Entry Tournaments are a bad thing for poker in the same way that cigarettes are a bad thing for smokers. My mother smokes. She thinks that each drag provides her with value. It’s such a shame that she can’t see that over the long term they will kill her.

The best point that Negreanu makes in his post is the one where he reminds people that these types of tournaments have been very successful. Human beings are funny creatures. They complain like fuck about the effects these events have on the future of our economy, and then we turn up and fire multiple bullets. It’s not just poker. Look around. It’s life. And it’s all drive by one thing. Greed.

Quite simply, Negreanu doesn’t believe that the $10m first prize is a good idea, instead plumping for a flatter pay structure, and judging by the feedback on Twitter he is siding with the majority.

There are still some people in the world who believe if they are christened Chief Talking Bollocks, chant loudly enough, and stamp on the ground, rain will fall from the sky. Try it. If you live in Cardiff, for example, I can assure you that it will rain a large percentage of the time.

This is a classic example of the confused relationship between correlation and causality, and Negreanu nails it by churning up some numbers to give a different take on why the 2014 Main Event numbers were up, and they aren’t necessarily connected to the $10m Guarantee.

I always said the $10m Guarantee would do nothing for the numbers, and I stand by my gut view. I also stand by my gut view that the best thing they can do, from an ESPN standpoint, is to force the winner to take a $1m Big One for One Drop seat as part of their prize. A classic tale of David versus Goliath if there ever was one – turning $10,000 into $15m+. Now that’s what I call a television worthy poker game.

Another easy one to break down for you: Daniel Negreanu doesn’t believe in $500 buy-in WSOP bracelet events. He thinks there is something ‘a bit wrong’ with the concept, but I would like to draw his attention to the point he made in Part 1 – in particular the importance of ensuring that there is something enticing in a tournament structure for the player.

The VAST majority of the poker playing community can’t afford to play in a $1,000 WSOP event. All too often we get sucked into the belief that the poker community consists of the Global Poker Index Top 300 – and that’s not the case at all.

The WSOP is all about the big dream, Rocky versus Ivan Drago, the ugly kid getting the bird. The $500 buy-in event will only be a failure if nobody shows up. If, as predicted, it breaks the world record for the largest ever field size, then it’s a success. It doesn’t matter that the professional poker players think the prestige is being tainted. That’s a load of bollocks; I don’t care if I win a bracelet in a $500 event or a $5,000 one, and I doubt any of the pros do either.

Sorry Daniel, I get it. You are loaded and therefore I get your stance. I am broke and so I hope you get mine.

When it comes to being open about the power of goal setting you won’t find anyone with as much transparency as Daniel Negreanu. He understands how positive it is for him to put his goals down on paper and share them with the world. It takes his performance to the next level as it makes him accountable to everyone who invests the time to read.

Negreanu only achieved 4 of his 10 goals in 2014 and I spy with my little eye a problem I see so many times with people who set goals. There wasn’t a clear plan to make sure that he achieved them.

Let me give you an example.

Is it Negreanu’s fault that he failed to win three WSOP bracelets? Given the variance in poker, of course it isn’t.  You could actually argue that in terms of goals, this isn’t really a great annual goal to set.

Is it Negreanu’s fault that he failed to take two non-poker holidays and played more than 52 tournaments?

Of course it is.

When you fail goals like that it tells me that there was never a plan to achieve them in the first place. It also shows me that there isn’t a coherent system in place to periodically track performance to make sure you can make corrections to stay on track.

Finally, you can’t reduce your attendance in tournaments, and then set a goal to end up on the Top 10 of the GPI Rankings. The two goals are counter intuitive. His 2015 poker goals are very similar to 2014 – identical almost. Let’s hope that this time around there is a better system to help him manage progress through the year, and adjust accordingly. Otherwise the exercise becomes nothing more that wetting one’s little pinky and thrusting it into the air.

WSOP Review: Keeline Makes a Beeline For The Colossus II; Berg Cool as Ice to Win the Bracelet in DC
Lee Davy
9 June 2016
.