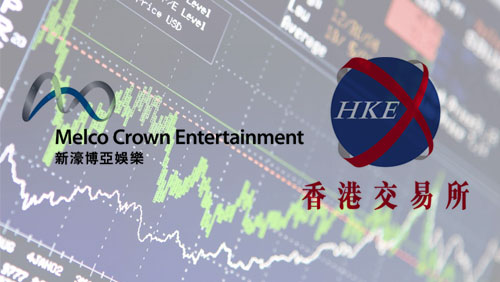 Melco Crown Entertainment Ltd. is ringing in 2015 with a major business move, announcing that it had filed an application to delist from the Hong Kong Stock Exchange only three years after first listing its shares in the market. The Macau-based casino operator said the decision to drop out of the HKSE came as a result of limited fundraising opportunities. The decision is still subject to shareholder’s approval.

Melco Crown co-chairman James Packer said in a statement that “appropriate opportunities to raise additional equity in Hong Kong have not arisen and the volume of trading in the shares on the stock exchange remains very limited.”

“Maintaining the listing of the shares on the stock exchange requires additional ongoing regulatory compliance obligations and such requirements involve significant additional costs and administrative burden,” he added.

Data compiled by Bloomberg shows Melco shares averaged just $342,000 in daily trading volume compared to $98 million on the US-based Nasdaq exchange over the same time period. In addition to the lackluster trading, Melco Crown also pointed to rising compliance obligations and costs, largely brought about by a sharp decline in Macau casino stocks in 2014, as a huge reason in making the big move.

In fact, all six of Macau’s licensed casino operators saw a steep decline in shares value in 2014—close to an average of 40%—as Beijing’s increased attention on cracking down on corruption scared off high rollers. Macau’s drop in revenue in 2014 is the first recorded decline in the largest gambling destination in the world after more than a decade of continued growth.

Melco Crown saw its shares plummet by 35% in 2014. That’s a far cry from the company’s performance in 2013, when it posted double-digit gains in annual gross gaming revenue.

CLSA analyst Aaron Fischer told the Wall Street Journal that Melco’s plan to delist made sense as there was no point in having an extra listing if there’s “limited investor demand” and that costs of having the stocks listed isn’t worth the trouble anymore.