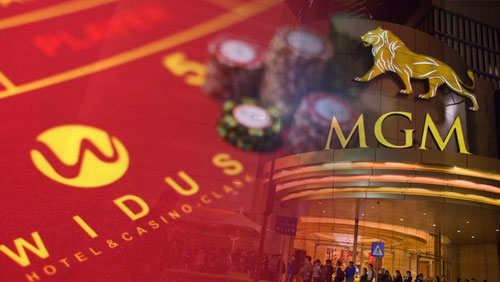 MGM China has reportedly set its signs on a non-gaming investment on Hengqin island after CEO Grant Bowie was quoted as saying that projects in the island neighboring Macau has generated a lot of interest among operators and that MGM China will be “an active participant there.”

Bowie didn’t elaborate on what MGM China is looking to do if it secures a development project on the island but he said that it would be a non-gaming facility that would serve as a low-cost option for mass market gamblers who find accommodations in Macau to be out of their budgets. MGM China isn’t the only operator that has expressed interest in developing a project on the island designated by Beijing as a Special Economic Zone.

Earlier this week, Galaxy Entertainment announced that it would break ground on a non-gaming resort on the island next year. Galaxy Deputy Chairman Francis Lui Yiu-tung told Macau Daily that work on the resort would consist of three phases with a target completion date of 2022 or 2023.

WIDUS INTERNATIONAL PLANS CLARK FREEPORT ZONE EXPANSION
Over in the Philippines, South Korean developer Widus International has announced plans to invest $100 million on the Widus Hotel and Casino at the Clark Freeport Zone.

Widus International President and CEO Daesik Han told local media that the $100 million investment would go toward adding a third tower that would add “more hotel rooms and a bigger casino.”

The hotel and casino has undergone numerous expansions since opening in 2008. As recently as last month, Widus expanded the casino floor to bring the total of gaming tables to 52 and slot machines to 250.

While its location is a few hours away from the Philippine capital of Manila, Han told local media that “business has been good” for the establishment because of the presence of the Clark INternational Airport, which has direct flights to and from South Korea’s Incheon airport, in addition to flights to Macau, Hong Kong, Singapore and Kuala Lumpur.

The Widus International CEO said that a lot of the casino’s clients are local players and foreign VIPs who have no problem spending anywhere from Php300,000 to Php1 million in a given stay.

“Business is very good from both Korean and local guests,” Mr Han said, as quoted by ABS-CBN.

The new $100 million investment is expected to be divided over a period of four to five years with construction set to begin in the middle of next year.