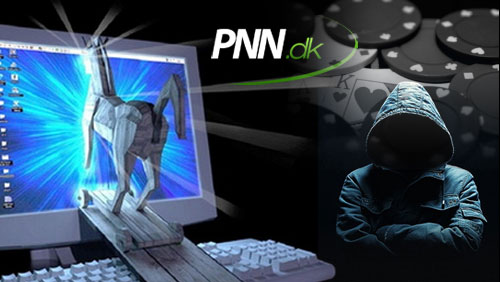 The High Stakes online cash game world has taken another blow to its reputation after Danish news sources claim that two people have been formally charged with aiding and abetting computer fraud, after implanting Trojan horse software onto the laptops of unsuspecting high stakes players, and winning millions.

The world of poker has suffered another blow to its credibility after Denmark’s Metroexpress broke the news that a group of high stakes online cash game players, from Denmark, had notified the Economic Crime Department in Copenhagen of the name of a fellow High Stakes player suspected of installing their laptops with Trojan horse software, and cheating them out of millions of dollars.

Police Commissioner, Torben Koldborg Frederiksen, informed the local press that the unnamed player was 32-years of age, and the charges were filed in October of this year. Since that initial statement two persons have been officially charged with alleged computer fraud, but the courts have so far protected both names.

If you can’t wait for the official names to be released, and don’t mind a spot of rumor mongering, then head over to 2+2 where a name has been slapped onto this debacle by the clued up poker public.

When the official word is finally released from the Danish courts, this scam seems to have the potential to be one of the worst to hit the headlines since online poker was created. Some news outlets are suggesting that Trojan horses were implanted on people’s laptops, and used to see hole cards, for up to nine years, with millions of dollars having been won by the perpetrator.

There are also rumors that the case is also linked to the 2013 European Poker Tour (EPT) Barcelona scandal, whereby Finnish High Stakes poker players, Jens Kyllonen and Henri Jaakkola, spoke about their hotel room being broken into and Trojan horse software being implanted into their laptops.

One of the victims told the Danish news site MX.dk that he realized his computer had been tampered with when his computer had been restarted whilst he was out of his house. The player checked his surveillance cameras and discovered they had been switched off for a period of 15-minutes. There are also allegations that the cheat also had inside help from the police department.

Metroexpress issued a statement from the perpetrators lawyer. It was written in Danish and this is the Google translated version.

“My client denies charges. It is also my opinion that there is neither loss or cheating at all, but in any case, allegations of two-three digit million amount totally baseless.”

An unnamed source also told PNN.dk that the offender tried to pay $800,000 back to those who had been cheated.

More details are sure to emerge once the sheet of silence has been lifted from the heads of those charged.