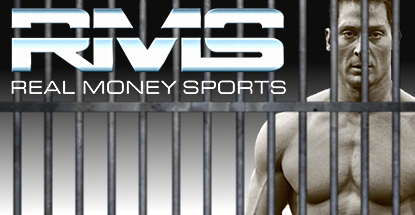 Sports betting tout Adam Meyer (pictured) has been arrested by US federal authorities after allegedly threatening violence against a customer. On Tuesday, an indictment was unsealed in US District Court for the Eastern District of Wisconsin charging Meyer with wire fraud, extortion, crossing state lines to aid a racketeering enterprise and brandishing a firearm in relation to a crime of violence.

Federal authorities arrested Meyer at his Florida home on Tuesday. Meyer is being held pending a hearing on Friday. As first reported by the Milwaukee-Wisconsin Journal Sentinel, the indictment follows an investigation by the US Postal Inspection Service.

Meyer, the president of the Florida-based Real Money Sports tout service, is a nationally known figure, having appeared on major US television networks to offer insights into sports betting. Meyer’s tout services are legal in the US but the indictment claims Meyer directed his clients to wager with international online betting sites run by “associates of Meyer’s [who] were working on his behalf.”

The indictment cites the case of a Fond du Lac, Wisconsin betting whale aka ‘Victim A’ who began using Meyer’s services in 2007. Meyer directed Victim A to international betting sites while failing to disclose that he had connections with the sites. Victim A wagered millions of dollars with the unidentified sites before cutting back on his wagering activity after Florida law enforcement officials seized $1.2m in two bank accounts.

Meyer subsequently told Victim A that a bookie named Kent Wong – who didn’t actually exist – was pressuring Meyer to pay a debt Meyer claimed to owe. Meyer told Victim A that Wong had concluded that Victim A and Meyer were partners and thus Wong expected Victim A to pay Meyer’s debt. The indictment says Meyer even impersonated Wong when placing phone calls to Victim A demanding payment and threatening violence against Victim A’s family.

Victim A eventually coughed up a few more million in the belief that this would get Meyer off the hook, but when Victim A balked at making further payments, Meyer and an associate flew to Fond du Lac in April 2012 to confront Victim A in person. During their meeting, Meyer’s associate produced a gun and demanded money, which led Victim A to promise to pay another $9.8m. All told, Meyer is said to have scammed over $25m from Victim A.