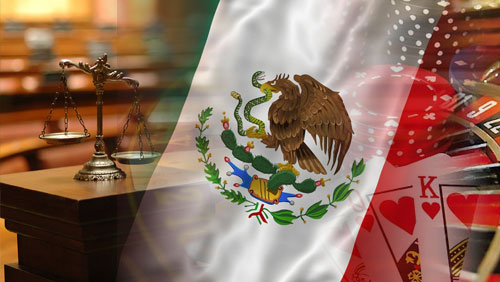 The Mexican Senate’s President Luis Miguel Barbosa has announced that new gaming law will not be passed until the next legislative session.

The legislation passed the lower house on Friday, getting a vote of 297-32 with 17 abstentions and was expected to be fast-tracked in the senate.

But Barbosa said that the “environment and willingness” to debate the issues was getting “complicated” given that the current session ends on December 15.

The new Federal Betting and Raffles law, if approved, could see the Mexican online gaming market become a single-nation entity that is only serviced by a few providers, while there will be more transparent regulation of existing land-based gambling.

If enacted, the rules could also mean the forced relocation of hundreds of online poker players that have emigrated from the US in order to access global websites.  Mexico’s Pacific coast has been a popular destination for relocating players from California and other US states.

Poker players have expressed their concerns that the new laws will isolate them from the global dot-com market and that tax rates will make the game unattractive.

Former President of the Special Commission on Gaming Fernando Zárate agreed to meet with representatives of players to discuss their concerns.

Mexico has so far opted not to legalize online gambling due to the country’s general weak central government, which has been occupied with more pressing matters such as the ongoing battle with established drug cartels. This lack of regulation has led to the emergence of unregulated casinos and underground gambling locations across the country.

The new regulations would attempt to tackle such illegal operations by introducing increased protections against money laundering and a minimum gambling age of 21.

Poker is the only online-gambling game likely to be significantly impacted if Mexico installs a single-country regulatory regime, mirroring European countries such as Spain, Italy and France.