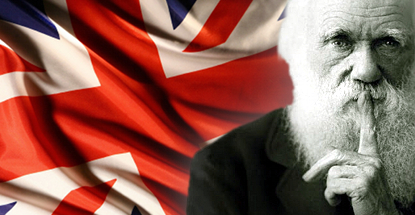 If the management at UK-listed online gambling operator Bwin.party knows what they’re doing, they’ll conclude that rumored acquisition deal ASAP. While the company wasn’t mentioned by name, that was the prevailing sentiment at an hour-long roundtable discussion at KPMG headquarters in the Isle of Man. The event was conducted following the conclusion of the KPMG eGaming Summit 2014 on Nov. 11.

Around the same time, Bwin.party was publicly confirming that it was having preliminary discussions with a number of interested parties about a possible sale of the struggling company. Names like technology provider Playtech and Canada’s Amaya Gaming were bandied about as potential buyers. This week, This Is Money reported that a deal was in the works to sell the company to Amaya for 150p per share, a price Bwin.party hasn’t touched since March 2013. The stock closed out this week at 107.8p after trading as low as 80.15p this August.

Bwin.party’s stock and that of its competitors are likely to take a tumble after the UK’s new 15% online gambling point-of-consumption tax (POCT) kicks in Dec. 1. Companies with significant retail operations like William Hill and Ladbrokes are in for a second shock come March 1 via the raising of the machine games duty to 25%.

At the Isle of Man roundtable, DLA Piper attorney Hillary Stewart-Jones predicted UK-licensed companies are in for a shock as the new economic reality forces them to cut their marketing budgets. Isle of Man Today quoted Stewart-Jones saying UK customers are “very agnostic” when it comes to where they wager and if UK-licensed firms slash their free bet offers, customers will “just go somewhere else.”

That somewhere else is likely to be any number of internationally licensed operators who defy the UK Gambling Commission (UKGC) by continuing to serve the UK market without a UKGC license. These operators’ lower costs will allow them to woo punters with more competitive offers, which could produce an effect similar to some of the continental European markets in which the combination of heavy taxation and robust international competition creates a few winners and many losers.

DARWINIAN STRUGGLE AWAITS UK OPERATORS
The financial pressure put on UK-licensed operators will produce a wave of consolidation as smaller operators find margins evaporating. KPMG head of eGaming Archie Watt believes the longer some of these struggling operators wait to sell out, the less valuable their assets will become. “The sooner they sell up the better. Nobody will want to buy their software … There is nothing for them to sell other than their customer base.”

Garth Kimber, CEO of Xela Holdings and the former online gambling boss of the IOM Gambling Supervision Commission, suggested there will come a point when the UK government realizes it has overreached and that it has to “keep some of these companies going and make some money out of it.” But Stewart-Jones suggested the government would be too terrified of the headlines the famously anti-gambling Daily Mail would make out of that. Watt concurred, saying he doubted lowering gambling taxes would be “a vote winner.”

UKGC POSITION ON CLUB SPONSORSHIP “FLAWED FROM THE BEGINNING”
The round-tablers also scoffed at the UKGC’s latest word on allowing football clubs to maintain marketing deals with international operators not holding a UKGC license, provided UK customers aren’t allowed to wager with the firms in question. The UKGC’s latest guidance warned football clubs that if even one UK punter managed to elude geo-blocking defenses and wager with a team’s international online gambling partner, the club would be held equally liable with the operator.

Watt called this potential liability – a near certainty despite ‘best efforts’ defenses – “a fight the football clubs don’t really need.” Peter Greenhill, the IOM’s current online gambling regulatory chief, wondered why the clubs would choose to have “a sword hanging over their head.” Bill Mummery, executive director of Celton Manx, the IOM-based parent company of Asian-facing online gambling operator SBOBET, said the UKGC’s “position in law has been flawed from the beginning.”

US MARKET NO PLACE FOR FOREIGNERS
Pessimism reigned when talk turned to the US regulated online gambling market. Ernest Matthews, president of turnkey sportsbook solution provider ISI-Maritime/Islands, said the “political climate is not ripe right now.” Mummery called it “a perceived opportunity and not a deliverable opportunity … You can burn an awful lot of money being busy fools … The only companies that will make any money in America are American companies.”