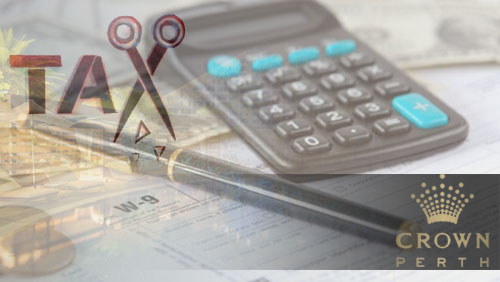 James Packer’s Crown Perth casino got a huge reprieve after Western Australia’s state government signed off on a tax break to help the casino lure VIP gamblers away from other Asian destinations.

Racing and Gaming Minister Terry Waldron is expected to inform parliament that Crown Perth’s tax payments on its profits from foreign high rollers will be cut from 11 percent to eight percent. In exchange, Crown has assured Waldron that the casino will make payments of at least A$45.25 million to the state government in the next five years, a noticeable increase from the A$37.5 million the casino has paid the government in the past five years.

“Crown Perth is an important economic contributor to WA not only in terms of tax revenue to the State but also employment and business opportunities for thousands of West Australians,” Waldron said, as quoted by The West Australian.

The tax cut is welcome news to Packer and Crown, which needs all the help it can get to bring back foreign whales to its tables after seeing them migrate north to Asian destinations like Singapore.

The stagnant numbers reflect the company’s problems in retaining VIP gamblers, the ranks of which have fallen dramatically in the past few years. Back in 2010, Crown Perth could proudly report generating A$12.4 billion in revenue from VIP gamblers. But that number has dramatically fallen as Asian gamblers eschew Australia in favor of other high-end casinos in the region.

With the lower tax rate, Crown believes that it now has a way to match incentives being thrown around by casinos in Macau, Singapore, and other Asian destinations.

Despite the good news, not everyone was on board with the Premier’s decision. Shadow gaming minister Mick Murray is among the most vocal voices criticizing the tax cut, calling it a strange circumstance to offer these breaks to a casino when “the Premier is considering increased taxes and charges for everyone else.”