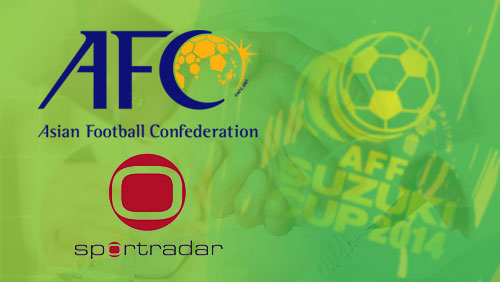 As part of the agreement, Sportradar will be tasked to provide coverage and analysis of the global betting markets involving all 18 matches being played in the tournament to protect the integrity of the tournament against potential match fixing. Sportradar’s world renowned Fraud Detection System will play a critical role in discerning the make-up of the games and expose any potential instances of match fixing. In addition, Sportradar will also provide education workshops to tournament officials in Hanoi and Singapore.

“We are not blind to the dangers that match fixing and manipulation poses,” AFF General Secretary Lt. Gen. Dato’ Azzuddin Ahmad said in a statement. “Together with the best monitoring system available, we will be vigilant, precisely so that our fans don’t have to be.”

“They can just focus on enjoying the highly competitive and entertaining tournament and doing all they can to will their respective teams to the title of champions!” Ahmad  added.

It’s no coincidence that the AFF tightens its security against match fixing on a tournament like the AFF, which is being held in countries that are reportedly hotbeds of international criminal syndicates who specialize in match fixing.

For its part, the sports security specialist is looking forward to showcase its well-regarded system in a region that has seen its fair share of match fixing scandals.

“The last 12 months has been a whirlwind for Sportradar in Asia, Sportradar Senior Manager Oscar Brodkin said. “We have been welcomed and supported by so many federations. It should be incredibly encouraging and reassuring for all football fans in the region that leaders across Asia are standing strong in the face of match-fixing.”