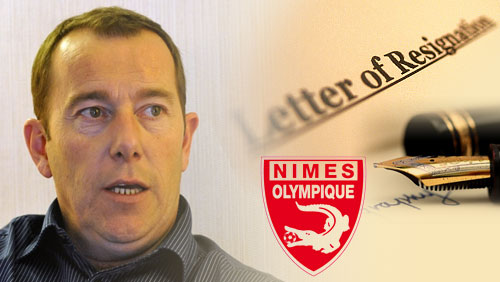 French Ligue 2 club Nimes’ President, Jean-Marc Conrad has resigned from his position after the team was engulfed in a match fixing scandal.

Conrad was arrested a few weeks ago together with Ligue 1 club Caen President Jean-Francois Fortin for their alleged involvement in fixing a game involving the two clubs last season. Conrad continues to deny the accusations and indicated that his resignation was more about “protecting the interests” of the club.

“I will thus be able to concentrate all my strength and energy in defending myself against these accusations which are as unfair as they are unfounded,” Conrad added.

Conrad and Fortin are being accused of conniving to fix a Caen-Nimes May 13 game that ended in a 1-1 draw. The result of that game kept Nimes from being relegated to the Championnat National with Caen having already secured promotion to Ligue 1.

Fortin has also proclaimed his innocence and said that he would fight the accusations.

The scandal involving Nimes has blown up in the Southern France and the Mayor Jean-Paul Fournier has decided to get involved. The mayor has scheduled appointment with Professional Football League President Frederic Thiriez on December 8 to discuss potential ramifications against the club should it be proven that the team fixed the May 13 game against Caen to remain in Ligue 2.

Thiriez has already indicated that punishments against the clubs would be severe if they’re proven guilty. Suspensions, fines and a possible expulsion from the league are the possible punishments being thrown around.

Fornier has also taken the initiative to appoint a replacement  for Conrad. The mayor and the team’s lead shareholder Rani Assaf will convene later this week to discuss potential candidates. “I met Mr. Assaf on Friday,” Fournier said. “He assured me he would continue to help the club. This is crucial, as he’s brought the biggest investment in the club. We are determined to save our iconic club.”