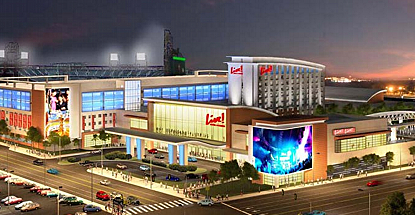 The long race to obtain Philadelphia’s second casino license has been won by Stadium Casino LLP, the joint venture of Cordish Gaming and Greenwood Gaming and Entertainment. On Tuesday, the Pennsylvania Gaming Control Board announced that the JV’s $425m proposal for the south side’s stadium district had unanimously won the four-way derby, which will bring the state’s total complement of casinos to 13 when the new joint opens in a couple years’ time.

The losing applicants have 30 days in which to appeal the Board’s decision, although no previous appeals of licensing decisions have succeeded in changing the Board’s mind. Philly’s other casino, the SugarHouse, fought tooth and nail to convince the Board to outright scrub the plan to award a second Philly license based on “significant economic events” in the northeastern US casino market. In what many hope is not an indication that the state is beginning a casino death spiral to match Atlantic City’s, this summer saw Pennsylvania announce its second straight year of declining slots revenue.

Cordish Companies chairman David Cordish brushed aside concerns that yet another casino would cannibalize the state’s casino revenue – currently second in the nation behind Nevada – saying the JV partners were “very confident we’re going to grow the market.” Ironically, the Stadium Casino bid had offered lower revenue projections than its rivals, but the Cordish/Greenwood reps said this was because they better understood the market’s true potential.