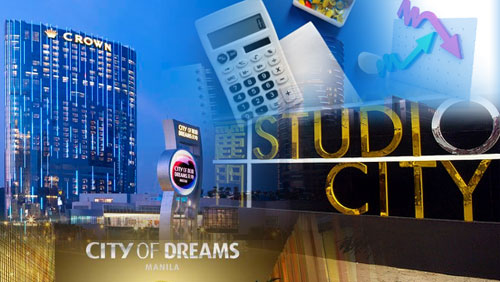 The company attributed the drop in net revenue to the usual suspects: lower rolling chip revenue brought about by a decline in VIP gambling. Mass market gambling partially offset the final revenue total but it still wasn’t enough for Melco Crown to post a high enough volume to stave off a 10% decline in its adjusted property EBITDA amounted to $305.7 million.

Melco Crown post an increase in net revenue for its non-gaming businesses in the third quarter but operating income in the same period also dropped to $147.7 million, 28.8% worse than the $207.5 million it earned in the same time period in 2013.

Company executives also pointed to the adverse impact the smoking ban on mass gaming floors has had on overall gambling activity inside their casinos. Macau Health Bureau announced that it would be sniffing around parts of Melco Crown’s mass gaming floors converted into VIP rooms. Health Bureau Chief Lei Chi Iong told local media TDM Radio that different interpretations of the law was the likely reason behind the issue.

Studio City scheduled for mid-2015; City of Dreams in December

Melco Crown co-chairman Lawrence Ho announced that Studio City, the company’s second integrated resort and casino in Cotai, is still on schedule to open in mid-2015. Ho  expressed a little concern talking about the number of gambling tables the casino will have, pointing to the transition in Macau’s government and the uncertainty behind the policies of its new members. “At this stage, they [government] have not communicated to us what the table allocations are,” Ho said. “Our requested allocation [400 gaming tables or more] seems very reasonable, but to be honest we are concerned.”

The operator’s integrated resort and casino in the Philippines, City of Dreams of Manila, is on the clock to have its “soft opening” in December before its planned grand opening in the first quarter of next year. Ho said in a conference call with analysts that “pretty much everything will be open” by December.