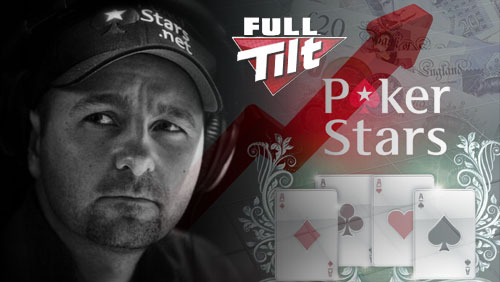 Lee Davy makes life a little easier as he breaks down the week’s biggest poker news stories, including the vitriol being fired at PokerStars, after the cost cutting continues, Daniel Negreanu being attacked by the players, former U.S. based Full Tilt Poker players may still lose out on millions, Ray Bitar close to death, and penniless, and Winamax join the recreational player revolution.

The 2+2 forum is the grapevine when it comes to the gossip mongering within the poker industry. It’s the place where people go to test the water and for PokerStars, that water has reached boiling point.

◆ Don’t Give in to Amaya (5th November Protest)
◆ Amaya/Stars How to Fight Back?
◆ PokerStars Increasing Rake, Ending BoP Promo…Who Will Become the New #1 Site?
◆ PokerStars Does Not Offer Real Money Games in Your Area
◆ New PokerStars Policy; 2.5% Charge on Exchange Rate Conversions
◆ Post a Picture That Expresses Your Current Feelings on PokerStars

The world’s largest online poker room, and oft darling of the poker community, is stumbling down the respectability ladder after a week that has seen them continue their cost cutting drive in the toughest way possible.

In previous weeks, we have seen a hoard of Team Pros cut from the wage bill, Spin & Go games introduced amid controversy, changes to bonuses and VIP programs, the withdrawal from grey markets, and the end of a whole host of affiliate deals. But they saved the most controversial initiatives until last.

PokerStars announced plans to charge a 2.5% exchange rate fee for all deposits and withdrawals, and then increased the rake in a wide range of games, including additional tax-related charges in countries that are subjected to new regulatory tax bills (like the UK’s 15% point of consumption tax).

The reaction was non too complimentary with players even trying to stage a “sit out” where players will open as many tables as possible and then refuse to play.

One person, who seems to be getting it in the neck more than others, is the face of PokerStars: Daniel Negreanu.

Poker players started sharpening the points of their pitchforks after Kid Poker went onto 2+2, to not only defend PokerStars decision to roll out the Spin & Go games, but also criticize the grinding community by saying they were to blame for the poor state of the poker ecosystem.

Many people believed it was a statement that seemed a little too corporate for their liking, and this week he has released another statement that reeks of corporate handling on his Full Contact Poker blog.

This time he is defending his employers by stating that the changes were planned before the Amaya acquisition, and that cost cutting is necessary in order for PokerStars to continue to be the world leader.

The reaction was once again hostile as players widely criticized the once Golden Boy of poker, including a poll on 2+2 questioning whether his Poker Hall of Fame induction should be revoked? Fortunately, common sense seems to be prevailing with 54% voting “no”.

One person who could give Daniel Negreanu a run for his money in the hatred stakes is Ray Bitar. The man many would vote as the most incompetent CEO in the history of CEO’s, has recently had details of his $40m forfeiture published all over the web.

This has prompted people to speculate that Bitar still has a lot of money hidden from the authorities, and that his ‘heart transplant’ story is a facade. Step forward Allen Cunningham to put everyone straight.

“To all the conspiracy theorists: according to my sources, Ray Bitar is unlikely to live more than a couple years and is nearly penniless. He didn’t get away with anything.

“I feel like that’s not getting away with it in a karmic way, at least. And especially in contrast to the conjecture at the beginning of the thread that he had hidden accounts and faked the heart problem. I would trade places with any of his victims over him. Some people still haven’t gotten paid and it’s mostly Ray Bitar’s fault, but he isn’t benefiting from it.”

U.S Based Full Tilt Players May Still Lose Out

The reason that poker players rank Bitar right up there with the likes of Hitler, Stalin, and the Wicked Witch of the East, is because his incompetence screwed Full Tilt Poker players out of millions of pounds.

The Garden City Group (GCG) have done a sterling job in making sure that everyone gets their money back, but this week it was revealed there are still a few anomalies that could lead to millions not being returned.

There seems to be a problem with the accuracy of some poker players social security numbers, prompting GCG to advise people that if they don’t get this right by 24th Nov 2014 then their petition will be recommended for denial.

Come on boys and girls; you are capable of thinking three streets ahead, computing odds and probabilities, but when it comes to your social security number you fall apart?

The French online poker giant, Winamax, is the latest poker room to realize that their bread and butter doesn’t taste of professional poker players, after they rolled out anonymous tables this week.

The decision to allow people to play cash games without their identity being detected comes months after they also designed the lottery style three-handed Turbo tournaments, when they launched their new game Expresso – another strategy designed to attract more recreational players to the site.

CalvinAyre editor/writer, Crizzy Hombredueno, run a poll to ask our readers, “Has your opinion of the Recreational Poker Model has changed in the past 3-years (yes it’s taken that long for people to catch on) and 38% said, “Yes, it is better than I thought.” While 31% said, “Yes, it hasn’t lived up to my expectations.” 19% voted, “No, I still don’t like it” and 13% chose, “No, I knew it would be good.”