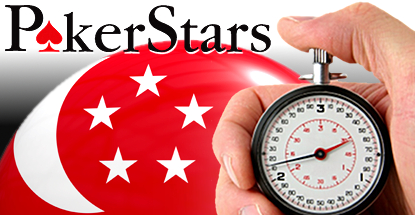 Online gamblers in Singapore have no plans to abide by the city-state’s new online gambling restrictions in the belief that where there’s a will, there’s a wager.

Singapore’s new Remote Gambling Bill will restrict online gambling to local non-profit operators and severely punish everyone else, including any players caught patronizing unapproved sites. But some players say the proposed penalties – fines of S$5k (US $4k) and six-months in prison – will have little effect on their use of unsanctioned sites like PokerStars.

The government plans to impose blocks on specific sites as well as payment processing but an unidentified gambler told Today Online that he and his friends “know ways … or we will find ways” around these obstacles. ‘If you can find ways to get past the Great Firewall in China, anything can be done.”

The article’s repeated references to PokerStars’ popularity among Singaporean gamblers will undoubtedly make the company a target for local politicians when they (inevitably) complain about the government’s enforcement failures. Unauthorized operators face fines of up to $160k and up to five years in prison and the authorities already know where David Baazov lives. Singapore can thus expect to find itself added to the growing list of countries from which Stars’ parent company Amaya Gaming has withdrawn.

Another Today Online source claimed to know a local illegal bookmaker who was expecting a significant boost in his online business if the government can successfully block major Asian online gambling sites like SBOBET and IBC Bet. Then again, proxy websites can be changed faster than underwear, but in the off chance the government succeeds, local bettors will likely gravitate towards small-time online credit bookies rather than limit themselves to the more pedestrian wagering options of Singapore Pools.

Singapore has around 5.5m residents, about two-thirds the population of New Jersey, but Singaporeans love them some gambling. In June, Global Betting and Gaming Consultants named Singaporeans number one in per capita gambling. Singaporeans splashed out an average $1,376 per year on all forms of betting (including lotteries), easily outclassing second-place finisher Australia’s $961, Canada’s $494 and Hong Kong’s $454. PricewaterhouseCoopers (PwC) has estimated Singapore’s online gambling market at $300m and growing between 6-7% per year. Growing even faster for some operators, shortly…