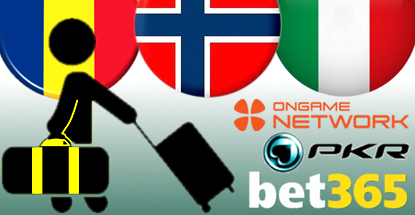 Norway has put 24 online gambling operators on notice that their activities in the country aren’t welcome. The Lotteritilsynet (Norwegian Gaming Authority) has sent letters to operators including PokerStars, Unibet, LeoVegas, Mr Green and Betsafe that their “illegal marketing” to Norwegian customers needs to stop.

The Lotteritilsynet’s specific objections include the fact that some of the named-and-shamed operators have erroneously claimed to be operating within the boundaries of Norwegian law. The regulator also took exception to some companies utilizing recognizable Norwegian sports figures to promote their wares. Should this continue, the Lotteritilsynet says it may find it “appropriate to respond directly to these persons.”

Norway has been attempting to preserve the local betting monopoly of Norsk Tipping, efforts that have included convincing YouTube to yank videos by some international online gambling firms. Earlier this week, the Lotteritilsynet succeeded in getting Facebook to pull operator pages the regulator determined were primarily aimed at Norwegian punters.

Meanwhile, Amaya Gaming’s Ongame poker network has followed last week’s mass grey market exit by PokerStars and Full Tilt. Ongame, the Jan Brady of Amaya’s poker assets, reportedly made the move on Friday, a few days after Stars and Tilt announced they were cleaning out their regulatory compliance closet. Like its prettier siblings, Ongame offered little in the way of explanation behind the move.

Online poker operator PKR has announced its withdrawal from Italy’s regulated online gambling market. The PKR.it site, which launched in February 2012, posted a notice informing players of its immediate exit and instructing them to withdraw their account balances. Like many European dot-country markets, Italy’s poker vertical has seen its revenue decline and the remainder claimed by PokerStars and one or two other operators. Faced with paying high taxes to fight for scraps, PKR apparently found it wasn’t worth the SHT.

Bet365, which only just launched its Italian-facing site, has announced its withdrawal from Romania. Players in that country received notices that Bet365 was “currently reviewing our position” and thought it best to “stop accepting new clients living in Romania at the moment.” Bet365 hoped to have more info in future but affiliates have been instructed to remove all Romanian-language promo material by Oct. 10. Romania is believed to be in the home stretch of what has been a lengthy journey toward regulating its online gambling market.