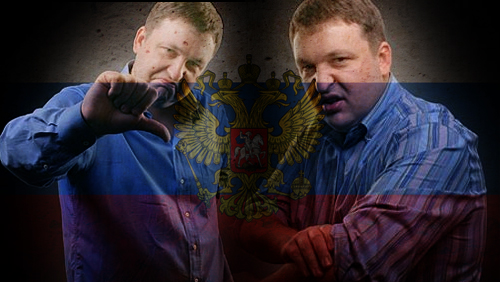 The freshest Member of European Parliament, Tony G, sits down with the American journalist, Dave Keating, in an interview that proves the Lithuanian Liberal Party member is still chasing down those pesky Russians; and the UK Gambling Commission extends the deadline for organizations applying for a continuation license.

“Bring the Russians on…bring more Russians…I am here to get them all.”

Those were the words that flew out of the mouth of Tony G during his obliteration of the not so Russian sounding, Ralph Perry, during the 2006 Intercontinental Poker Championship.

“He could single handedly reignite the Cold War.” Said Gabe Kaplan in the commentary booth.

Tony G has changed a whole lot since those days. He has led his beloved Lithuanian Olympic team out at the London Olympics, he is the Vice President of the Lithuanian Rowing Federation, and a Member of the European Parliament, where he represents the Liberal Party of Lithuania.

The past is the past.

During a recent interview with the American journalist, and European political expert, Dave Keating, Tony G was asked to give his view on the current crisis involving Russia and Ukraine.

I swear Tony G saw nothing but Ralph Perry in that moment.

“They {Russia} only understand tactics that they are used to. They will not believe any negotiations and they will use it to their advantage. Our sanctions are not strong enough. We need very serious sanctions for what they have done in Crimea. The aircraft got shot down and we are happy to let that slip. They want more of Ukraine. Next it will be Poland, then the Baltic States. They will not stop unless Russia fears and respects us. The politicians need to understand that.

“ Each individual parliamentarian needs to talk to people and explain the threat of Russia. Especially, those who have been there and know how they think. It’s a severe threat for the whole of Europe. There is a massive issue in Russia and they are a big threat to Europe as we know it. It’s time for a revolution.”

And I can’t think of anyone I would rather be leading that revolution.

Tony G dealing with the Russians at the poker table

Tony G dealing with the Russians from his parliamentary position.

The UK Gambling Commission Extend the Deadline for Continuation Licenses

A few days after the Department for Culture, Media & Sport (DCMS) agreed to push back the implementation date for the introduction of the Gambling (Licensing and Advertising Act) 2014, the UK Gambling Commission have another change to voice.

The world still waits with baited breath to see if the Gibraltar Betting and Gaming Association (GBGA) have won their High Court case against the UK Gambling Commission.