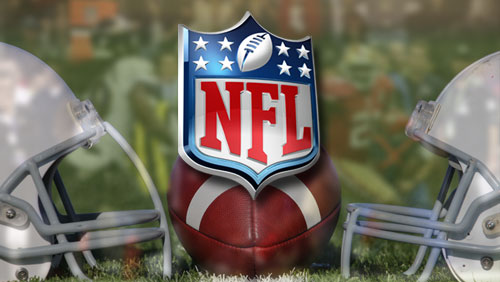 So far, my NFL predictions haven’t gone according to plan, or at least my plan. Heading to Week 4, I’m sitting on a mediocre 8-16 record, which would’ve been worse if not for a buddy of mine who can’t seem to make the right pick even if he was given the choice to do it after the games have been played. So I’m comforted knowing that I’m not the worst at this out there. But that doesn’t mean I’m going to let my ship steer rudderless in the weeks ahead. It’s full steam ahead for this captain, beginning, of course, with my Week 4 predictions.

Line movements in the Windy City

The Chicago Bears opened as -1 home favorites against the Green Bay Packers but that number has turned the other way in the past few days with more money coming in on the Packers. Now, Green Bay sits as the -1 favorites with some books even having them as -1.5 faves. This is as good a time as any to take the Bears because you’re getting points that aren’t likely to move up anymore. If you’re as confident in them as I am, then you can just bet on them to win outright against a Packers team with some serious line issues on both sides of the ball. If that offensive line can’t protect Aaron Rodgers, it’s not going to matter against a Bears defense that has looked better than we all thought.

The Bills as a public team?

It certainly looks like it after the opening line against Houston moved from -4 to -3 for the Texans. I said in my Week 3 recap that this game would go a long way in determining how good these two teams really are. The Texans have the advantage of playing at home where they opened the season in dominant fashion against the Washington Redskins. Meanwhile, the Bills are looking to bounce back from a disappointing performance against the San Diego Chargers. Two teams with similar talent and similar objectives for this game. With this, it gives me the -3 and I’m going to start praying that JJ Watt morphs into an ogre and destroys EJ Manuel and that Bills O-line.

I feel bad for English fans of the NFL who have to sit through a game between the Miami Dolphins and the Oakland Raiders. The league could have sent the Philadelphia Eagles and the San Francisco 49ers instead? Those two teams are playing on Sunday. Same with the New Orleans Saints and the Dallas Cowboys. They play on Sunday, too. If they wanted to gain more English fans, those two games would’ve been much better than seeing the Dolphins and Raiders fumble their way to a 20-14 game. Those geniuses responsible for scheduling these games will probably want a do-over, right?

The pitfalls of failed expectations

Speaking of the Eagles and the 49ers game, that’s going to be a great game. Maybe it’ll even clear the 50.5 over/under total. As it stands, the 49ers are -5 favorites, but that number has fluctuated in the past few days as money continues to come on both sides, more so now on the Niners. I think this could still go up to -5.5 or -6 if public sentiment on San Fran to right its ship continues. I think San Francisco wins this game but I’m not sure they’ll cover that spread. Seems a little too big for a team that only plays football for one half and spends the next half trying their best to let the other team catch up, which, incidentally has been Philly’s recipe this season. This game goes down the wire with the Niners winning on something along the lines of a 50-yard field goal.

Saints clash with the ‘Boys

Some sportsbooks actually opened this game with Dallas as -3 favorites. Those odds were eventually changed the other way with New Orleans the team now laying the three points. If you happened to score a bet on the Saints as +3 underdogs, consider yourselves lucky. As much as New Orleans has struggled this season, I still think they’re the most capable 1-2 team to turn their season around. They took that first step in Minnesota last week and now they can build on that momentum against a team that allowed 40 first downs when they last met last year. This game is going to be a lot closer than last year’s 49-17 beat down, but I still think New Orleans wins and covers the spread

Other games to look forward to

The New England Patriots opened as -4.5 favorites against the Kansas City Chiefs but that number has surprisingly moved down to -4 and -3.5 in other sportsbooks. Is it finally happening? The public becoming less bullish on Tom Brady and Bill Belichick? I don’t see that happening, now or anytime soon, which is probably as good a time as any to double down on the Patriots to break out of their offensive slump.

Most sportsbooks still have the Ravens as -3 favorites against the Carolina Panthers. A few have them at -3.5, but that number should fall back to the consensus as more money pours in on Carolina. I’m picking the Ravens to win and cover this game against a Panthers team that might have to rely on Cam Newton in both the passing AND running game. This should be another knockdown, drag-out event with two physical defenses. In games like this, big plays become all the more important and that’s where I see Steve Smith taking it to his former team and leading Baltimore to a close win over Carolina.

Blake Bortles is starting for Jacksonville this week against the San Diego Chargers. The home team opened as -11 favorites but that number has risen to -13.5 in the last couple of days. While I don’t think Jaguar will be two touchdown underdogs, there’s tremendous value on that +13.5 spread, especially if Bortles proves to be as good as advertised.