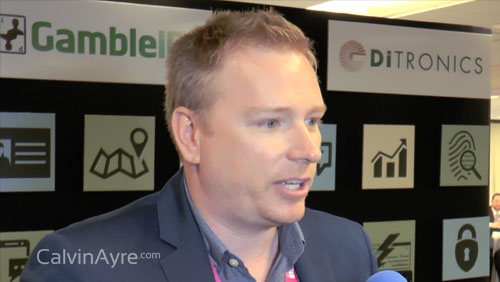 Becky Liggero talks to Nicky Senyard, Matt Davey, Mario Galea and JD Garner as they share their thoughts on what they think the chances of New Jersey actually being allowed to offer sports betting.

Becky Liggero: What you think the chances are of sports betting actually happening within the state (New Jersey)?

I am optimistically sure that it weren’t. I think basically what’s gonna happen is that there is such a historical backlash against sports betting in the United States as supposed to what happens in Europe, which is it’s just a part of daily existence. So I really think it’s an uphill battle. I think it’s a good battle to have but I just don’t think it’s gonna happen overnight.

The strange approach is banned and it’s kinda win it to try to change the law and try to go ahead anyway and we’ll the Feds try to impose the will on the New Jersey market. We’re kinda optimitstic on it. We think it could happen. I mean there is no reason why the residents of New Jersey not to be able to enjoy the same kind of sports wagering that residents of Nevada have and we’re uniquely placed the benefit of that when it comes true.

In a way, it is something that New Jersey has been arguing in different forum in the US. It’s unlikely going to happen but we champion for New Jersey to keep on doing it however the chances are really small.

Slim and none? I would love for it to happen but I think It has to change on a federal level, which will have an impact for New Jersey and every state. It’s something that is pretty difficult to do unless Christie (Governor Chris Christie) gets to have like to be a president.