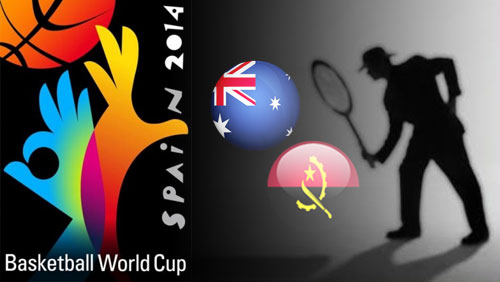 The 2014 FIBA World Cup of Basketball was thrown into controversy after the sport’s governing body launched an investigation against Australia over its controversial loss to Angola in the group stages of the tournament.

The Boomers, which opened as 10.5-point favorites against Angola, rested several of its key players and let a 15-point lead slip against Angola on its way to losing, 91-83. The result immediately drew criticism, most notably from Slovenia and Phoenix Suns point guard Goran Dragic who used Twitter to blast Australia’s alleged decision to throw the game in favor of getting a favorable seed in the elimination round and avoid a clash with Team USA at least until the semi-finals.

“Basketball is a beautiful sport, there is no room for fixing the game like today Australia vs. Angola! @FIBA should do something about that!” Dragic posted.

“So u can naturalize a plyer who has nver stepped foot in a country, but you cant rest players in a game 2 better a draw 4 youself? Ok @fiba,” Bogut wrote on Twitter.

Bogut was probably referencing Andray Blatche, who suited up for Gilas Pilipinas a few weeks after being granted citizenship in the Philippines.

FIBA’s investigation is currently ongoing and there’s a real chance that Australia could be disciplined harshly if it’s discovered that the team intentionally lost the game against Angola.

Despite Bogut’s assertions, Basketball Australia issued a response to FIBA’s decision to open an investigation on the game, decrying the move as an “insult to the country’s sporting culture.”

“Basketball Australia categorically rejects any suggestion that the Australian Boomers were a party to contriving the result of the 2014 FIBA World Cup game between Australia and Angola,” the group’s statement said.

“The Australian Boomers went into the game against Angola to win—plain and simple. Claims to the contrary are widely speculative, insulting to the Australian sporting culture and to our playing group who gave their very best throughout this tournament.”

The scenario also rings some match-fixing alarm bells, although there doesn’t appear to be any signs that the team allegedly threw that game for that specific purpose. CalvinAyre.com reached out to many sportsbooks and none of them observed any irregular action on either team before and during the game.

The alleged strategy proved irrelevant after a 65-64 loss to Turkey in their sudden-death round of 16 game, but Basketball Australia must now formally defend the performance against Angola or face possible sanctions.