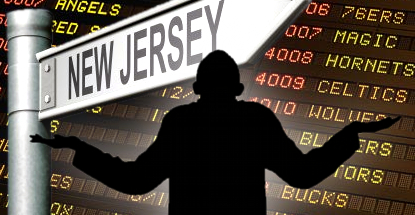 New Jersey sports bettors are still trying to work out the full ramifications of Gov. Chris Christie’s Monday announcement that Atlantic City casinos and state racetracks were clear to offer sports wagering without fear of prosecution by the state. An online poll conducted by NJ.com currently shows nearly two-thirds of respondents support Christie’s decision. Too bad the casino operators who stand to benefit from Christie’s decision appear a good deal less enthusiastic.

Gaming attorney I. Nelson Rose said he couldn’t imagine any of the Atlantic City casino companies that do business in other US states deciding the potential extra revenue from local sports betting outweighed the possible ramifications for their operations outside New Jersey’s borders – and for the freedom of these companies’ top execs. Rose said Christie had basically invited the casinos “to violate federal law … and the normal remedies for criminal law is to be arrested.”

New Jersey’s plan is not to legalize sports betting, but to decline to enforce state laws against casinos and tracks that launch sportsbooks. But Rose believes this selective non-prosecution would soon be challenged by “some Tony Soprano” who decides to launch his own sportsbook. “Does that mean the [New Jersey] attorney general can’t arrest them?”

Christie’s team argues that the sports betting law the governor signed in 2012 had exempted tracks and casinos from having to observe the state’s anti-betting edicts, thereby eliminating the need for the state to (a) formally issue sports betting licenses or (b) directly regulate sports betting at these establishments, actions that fall afoul of the 1992 federal PASPA sports betting prohibition.

US District Judge Michael Shipp has an Oct. 6 date to respond to New Jersey’s request for clarification that their workaround won’t breach Shipp’s 2013 injunction preventing implementation of the state’s original sports bet plan. So far, most legal observers view the state’s gambit as insufficient to comply with PASPA’s minutiae, suggesting Shipp may choose to similarly neuter New Jersey’s latest dog before it starts to hunt.

Regardless, some eager racetracks may not wait for Shipp’s ruling. The Monmouth Park racetrack is vowing to start taking wagers as early as this Sunday (14). Track adviser Dennis Drazin told the Associated Press it would be a “very basic operation” that could launch this Sunday, with a more realistic full-fledged launch date expected within a month.

Monmouth signed a prospective sports betting deal with the US division of UK bookies William Hill over a year ago. William Hill US CEO Joe Asher issued a statement calling Christie’s announcement “a significant development” but would only say that the company was “reviewing” the state’s directive. William Hill US has a growing sports betting business in Nevada that it may not wish to jeopardize by charging blindly toward the sound of New Jersey’s guns. At least, not yet.

Drazin’s enthusiasm isn’t shared by Jeff Gural, owner of the New Meadowlands Racetrack. Gural said he wouldn’t be making any sports betting plans “until the courts rule.” Gural said he has no desire to be “the guinea pig who is going to force that rule.” Gural also expressed reluctance to “go to war with the sports teams,” including the two NFL squads that call the adjacent MetLife stadium home.