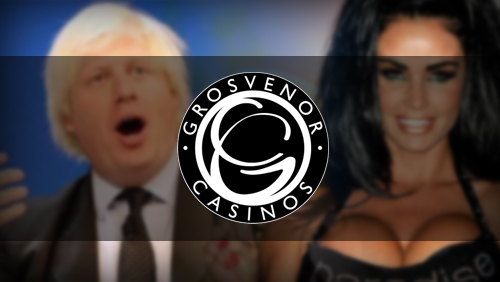 London Mayor, Boris Johnson, and glamour model, Katie Price are the UK’s biggest bluffers according to a survey undertaken by the Grosvenor Casino.

Do you use your bluffing skills when you are away from the table?

Who do you use them on?

How successful are you?

These are the sorts of questions that the Grosvenor Casino asked 2,000 people across the United Kingdom in a survey about bluffing.

In that survey, Grosvenor described the act of bluffing as: “The art of impressing, deterring, or intimidating by a false display of confidence – it’s not lying.”

Of the 2,000 people polled they believed that the London Mayor Boris Johnson and the glamour model (code for getting your puppies out on a regular basis), Katie Price aka Jordan, were the two biggest bluffers in the UK.

Johnson was selected for his ability to remain calm and collected in stressful situations.

Price was selected for achieving celebrity status despite having very little talent.

That also sounds like some of our poker players.

48 percen of people polled naturally believed that poker players were the biggest bluffers; Londoners were the worst offenders, and people in the Midlands and Wales, the most genuine crop of people you are likely to meet with 25 percent of them saying they never bluff.

Women are more likely to pull out Mike Caro’s book when talking about weight, how much they have spent on crap in Wall Mart and when talking to their parents about their nocturnal groping’s with their partners.

Men like to bluff when it comes to the tallying of their sexual conquests.

In terms of professions, the Estate Agents are the biggest bluffers in town, and teachers, doctors and taxi drivers are the least likely to bluff.

One in six men, and one in nine women, bluff every day with 55 percent of 18-29 year old admitting to ‘trying it on’ at least once a week. The over 60s didn’t have the energy to bother with almost of a third of them saying they can’t be assed, and Holly Willobooby and Jamie Oliver were the two least likely celebrities to bluff.

Russell Tamplin, Head of Poker at Grosvenor Casinos said: “The survey highlights how we all use bluffing, a poker skill, in our everyday lives to impress or to portray we are more confident to others.  Bluffing is a key poker skill that’s honed by players for use at the poker table.

“However, it’s fascinating to learn through our survey that some of the best bluffers are actually those in the limelight who use their bluffing skills to give the impression they are more talented or more capable than they really are, in many instances to reassure others of their abilities.”

The Grosvenor Casino recently organized a bluff-vest of gigantic proportions when 3,394 players participated in the recent Grosvenor United Kingdom Poker Tour (GUKPT) Goliath event at the Ricoh Arena in Coventry.

It was the largest-ever live attendance in history – outside of the US – and Ryan Foster took the first prize of £62,120.

Grosvenor’s daddy Rank Group recently announced a 3.5 percent rise in annual profit and a 13.5 percent revenue rise to £707.7 million, in the second half of its fiscal year, with the expanded reach of the Grosvenor Casino operations being cited as the primary reason.