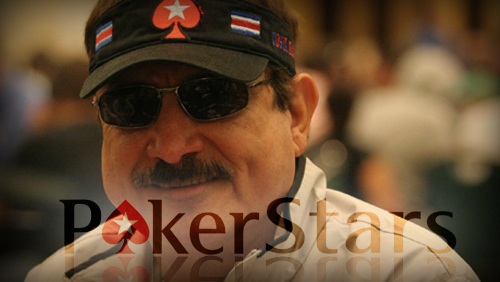 Humberto Brenes will not be having his contract extended as a member of Team PokerStars Latin America, prompting the question: who’s next?

With over $6.1 million in live tournament earnings, two World Series of Poker (WSOP) gold bracelets and a little plastic shark, Humberto Brenes has engraved a place in the heart of our poker community.

His recent run at the 2014 WSOP, where he cashed in more events than everyone except for Roland Isrealashvili (10 a piece), could not have been better timed with his PokerStars contract due for renewal at the end of July.

Being a great poker player just doesn’t cut the mustard when it comes to the qualities needed to represent a brand as big as PokerStars. But at 63 years old, Brenes is a wise old owl and as an entrepreneur he understands the decision made by the owners of the Red Spade.

Speaking to PokerNews, Brenes said, “The management approach goes beyond poker. They had to make a strategic decision and I think in my case this came at a good time.”

Brenes’ departure comes shortly after Dale “Daleroxxu” Philip was dropped as a member of PokerStars Team Online after what the organization considered to be inappropriate conduct whilst representing the brand at the United Kingdom & Ireland Poker Tour (UKIPT) in Marbella. Coincidentally Philip’s contract was also due for renewal.

The decision to drop Brenes from the roster makes the Latin American team appear a little thin around the edges. According to the PokerStars.com website, only Andre Akkari (Brazil), Christian de Leon (Mexico) and Leo Fernandez (Argentina) have mugshots in the Team Pro section.

You may remember that rumors spread that Fernandez was suspended from his position, back in 2013, after allowing the already suspended Fabrizio “SixthSenSe19” Gonzalez to access his account. The Argentinian pro was also in the midst of a Craps cheating scandal at The Wynn, involving the former PokerStars Team Pro Veronica Dabul. Few thought he would return to the PokerStars fold but his mugshot remains in situ.

The Latin America team is also supported by the sizeable presence of Ronaldo. The former Brazilian World Cup legend saw Miroslav Klose take his all-time World Cup Finals goals record away from him in the summer. However, Ronaldo’s mugshot does not feature in the Team SportStars section of the website.

Back to Brenes and the Costa Rican might still make a presence at the 2014 Poker Hall of Fame. He made the short list back in 2013 and many people believe he may well find his way into the elite group for the second time this year.

He told PokerNews that he will continue to play poker and has a goal to achieve 100 WSOP cashes (he currently has 82), and he would like to win a third WSOP bracelet so he could give one to each of his children (he has three).

So what does this mean to the future of Team PokerStars?

I guess we will have to wait and see but if I was a betting man, I would hazard a guess that a few more people may follow Brenes out of the door when their contracts start to expire. New additions will be few and far between as the new organization takes stock of what it means to be much more than an online poker company.