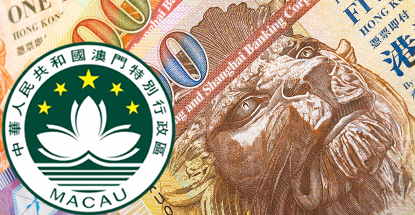 Macau casino gross gaming revenue rose 5.5% year-on-year to MOP 90.9b (US $11.4b) in the second quarter of 2014. To observers conditioned to Macau’s figures growing in great adolescent spurts, these most recent gains might seem downright anemic. Those of nervous disposition might feel even worse when they consider the Q2 number is actually 11% less than Q1’s MOP 102.2m.

But consider that the three months ending June 30 featured the start of the 2014 FIFA World Cup tournament, the theft of over $1b in junket investor funds, uncertainty over the use of UnionPay debit cards, new limits on transit visas and the usual rumblings from the mainland about cracking down on high-rollers and junket operators. All that, and the market still grew by over $600m year-on-year. Make no mistake, this market is one resilient mofo.

Seems not everyone in Macau found the World Cup a drag. Macau Slot, the special administrative region’s only official licensed sports betting provider, reported quarterly football revenue of MOP 203m ($25.4m) in Q2, a 67% gain over Q1’s figure as football handle rose 50% to MOP 1.8b ($229m). This gain was blunted by a drop in basketball betting revenue, which fell 37% to MOP 23m. For 2013 as a whole, Macau Slot reported a 27.2% gain in profit to MOP 102.9m ($12.9m). But the company’s current three-year monopoly extension expires in June 2015 and rivals like CG Technology (formerly Cantor Gaming) haven’t been shy about seeking to provide a little healthy competition.